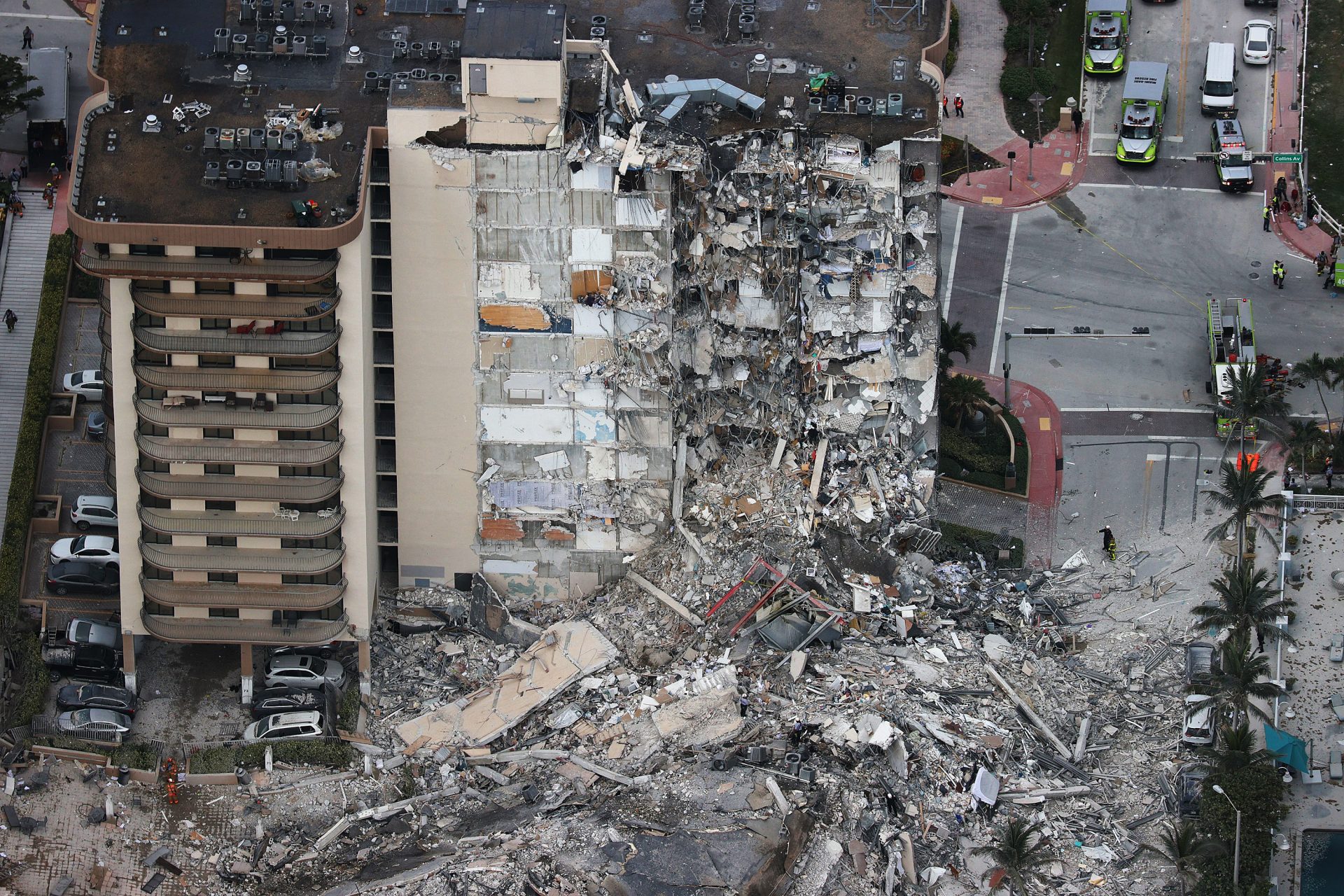 Judge Approves Over $1 Billion In Victim Settlements For Condo Collapse

Friday marked one year since 98 people died in the spontaneous collapse of a Florida condominium. One day before, a judge approved a large sum of settlement money for people impacted by the Surfside disaster. According to CNN, survivors, families of deceased victims, and owners of damaged property will receive $1 billion.

SURFSIDE, FLORIDA – JULY 11: Construction equipment is used to dig through the mound of debris from the collapsed 12-story Champlain Towers South condo building is seen through fencing on July 11, 2021 in Surfside, Florida. The death toll from the collapse his risen to 90 people, with 31 remaining unaccounted for as the recovery operations enters its 18th day. (Photo by Anna Moneymaker/Getty Images)

Search and recovery crews worked for a month following the June 24 collapse to find all 98 victims. The collapse of the residential building named Champlain Towers South happened at almost 2 a.m. local time. About three dozen people escaped from one side of the building that remained standing, according to the Tallahassee Democrat.

An investigation by the Miami Herald found that the collapse started seven minutes before the wing fell. Their work in collaboration with engineering professor Dawn Lehman pointed to “design failures, shoddy construction, damage and neglect” creating perfect conditions for the drop. The building stood for nearly 40 years.

Those who lost their lives under the metal and concrete rumble ranged from ages 1-92. CNN says the tragedy struck families in a close local community but also around the world. Even more devastatingly, in some cases, entire families died.

SURFSIDE, FLORIDA – JULY 09: Rescue workers use excavators to dig through the rubble of the collapsed 12-story Champlain Towers South condo building on July 09, 2021, in Surfside, Florida. With the death toll currently at 64 and 76 people still missing, search and rescue personnel continue their efforts. (Photo by Anna Moneymaker/Getty Images)
How Victims Will Receive Payment

The class-action lawsuit involved the condo…