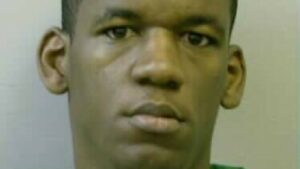 An appeals court’s decision to overturn one man’s death row sentence due to his abusive childhood and mental illness could produce groundbreaking results on how death sentences are ruled out.

Last Tuesday, a federal appeals court ruled that Quincy Allen, the last person sentenced to death in Richland County, South Carolina, deserves new sentencing due to his rough childhood and mental health not being considered during his 2005 sentencing, The State reported.

A three-person panel said that the judge who sentenced Allen to death after 10 days of testimony “did not consider all of Allen’s mitigating evidence” and sometimes “assigned no weight at all” to crucial qualifying evidence that works in his favor.

Allen, now 42, had a severe mental illness at the time he killed four people in two states. The appeals court ruled that if the sentencing judge had not “excluded, ignored, or overlooked” defense testimony regarding Allen’s mental health, his death sentence might’ve been different.

Allen plead guilty in 2005 by reason of insanity to the shotgun deaths of Dale Evonne Hall, 44, and Jedediah Harr, 22, News 19 reported. Circuit Court Judge Thomas Cooper Jr. sentenced Allen to death and was given an execution date of Sept. 18, 2005.

However, the appeals process delayed his ruled execution. Attorneys for Allen appealed the ruling saying his diagnosed mental illness should’ve been taken into account.

Allen had already been sentenced to life in prison in North Carolina for two murders in that state, based on evidence that he was mentally ill. After considering all of the evidence last week, the Court of Appeals ruled  that the sentencing judge in South Carolina “considered Allen’s mitigation evidence as presented” was an “unreasonable determination of the facts and its conclusion that the sentencing judge gave ‘proper’ consideration was contrary to clearly established federal law.”