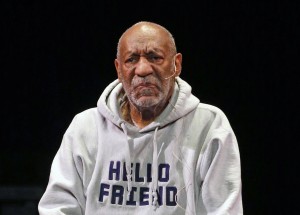 Another court case against comedian Bill Cosby will be taking place next week after his attorneys failed to have the case thrown out.

According to USA Today, a civil lawsuit filed against Cosby back in 2014, is expected to commence Monday with jury selection in Santa Monica, California.

The accuser is Judy Huth, who says Cosby groped her as a teenager at the Playboy Mansion in 1974. The case was delayed in 2015 after the legendary entertainer was arrested in Pennsylvania on sex-crime charges.

Cosby and his attorneys tried to have Huth’s lawsuit dismissed. “Plaintiff has a whole new story now: she claims that the incident happened in February and/or March 1975 –shortly before her 17th birthday,” according to a motion filed last week by Cosby’s lawyer, Jennifer Bonjean.

According to The New York Daily News, first met Cosby in 1974. The 37-year-old star approached the 15-year-old Huth and her 16-year-old friend, who watched him work on a film set. Huth claimed Cosby served her alcohol a few days later and took her to what she believed was the Playboy Mansion.

At the mansion, Huth claims Cosby led her to a bathroom and attempted to kiss her on the mouth and slid his hand down her pants. She stated Cosby later grabbed her hand and forced her to perform a sex act on him.

Huth’s lawsuit against Cosby, filed on Dec. 2, 2014, accuses him of sexual battery and intentional infliction of emotional distress. The Associated Press has reported that more than 60 women have accused Cosby, who framed himself as a paragon of family values, of sexual misconduct.

The disgraced TV star went to a prison near Philadelphia. As previously reported in 2018, Cosby was sentenced to serve three to 10 years in prison for sexually assaulting and drugging Andrea Constand at his home in 2004.