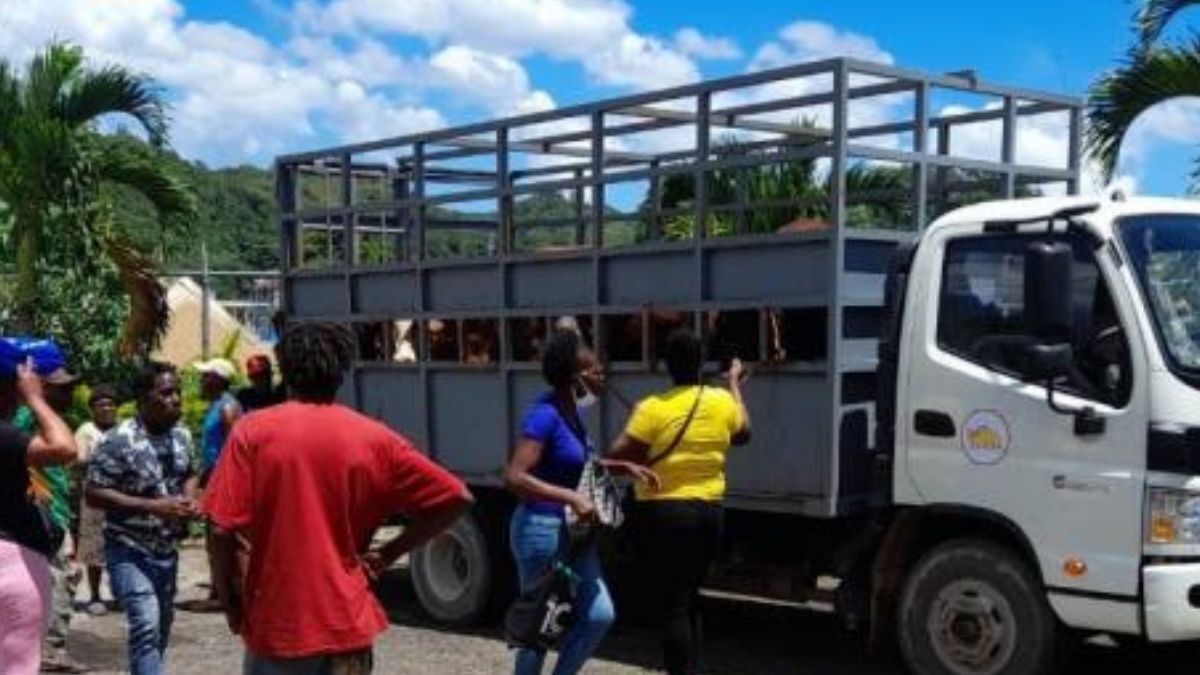 A Juici Patties truck transporting stolen cows was seized, and three men were arrested this morning in St Ann. The recovery of the stolen livestock followed an operation led by members of the Jamaica Constabulary Force (JCF).

The report from the police states that they received information concerning stolen cows around 10 o’clock. The information detailed that approximately 15 cows were stolen by praedial thieves overnight between Alexandria and Cave Valley in the parish.

An operation was subsequently set up, and a truck carrying six stolen cows was intercepted, and the three men aboard were detained. The police are currently searching for a second vehicle believed to be carrying more stolen animals.

The Jamaica Observer reported that the police issued a statement Friday afternoon confirming that the truck belongs to the fast food company. “The registration plate of the truck was checked and the truck is owned by Juicy Beef,” the police said.

According to Alexandria police personnel, the owners of the stolen cows are reportedly coming forward. The police say an update will be provided when additional information is available.

RELATED: Man Arrested After Stealing Plane And Threatening To Crash It Into Walmart