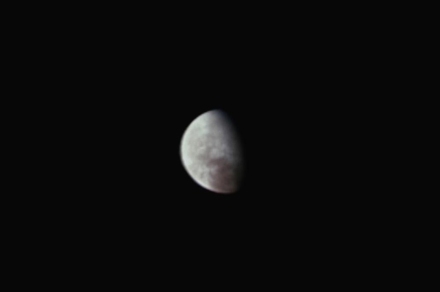 NASA’s spacecraft Juno is best known for the gorgeous images of Jupiter it has captured over its decade-long mission so far and the discoveries it has enabled about Jupiter’s bizarre weather phenomena. But it has also been busy studying Jupiter’s moons, including capturing images of Io and Europa and capturing not only the sights but also the sounds of the moon Ganymede. Now Juno will get to see Europa in even more detail as it is set to perform a close flyby of the icy moon this week.

On Thursday, September 29, Juno will pass within 222 miles (358 kilometers) of Europa and should be able to capture some of the highest-ever resolution images of its surface, as well as gather data on its interior and the edge of its atmosphere. Europa is a particularly exciting place to study because it is thought to be one of the best places in the solar system for life to have evolved apart from Earth. It is getting its own mission called Europa Clipper to be launched in 2024.

This image of Jupiter’s moon Europa was taken by the JunoCam imager aboard NASA’s Juno spacecraft on Oct. 16, 2021, from a distance of about 51,000 miles (82,000 kilometers). Image data: NASA/JPL-Caltech/SwRI/MSSS. Image processing: Andrea Luck CC BY

“Europa is such an intriguing Jovian moon, it is the focus of its own future NASA mission,” said Juno Principal Investigator Scott Bolton of the Southwest Research Institute, in a statement. “We’re happy to provide data that may help the Europa Clipper team with mission planning, as well as provide new scientific insights into this icy world.”

Getting the spacecraft to pass so close to the moon while keeping it safe requires tremendous coordination. The maneuvers required to get close to Europa will change Juno’s orbit around Jupiter from a period of 43 days to 38 days. And the relative speeds are extremely fast, so the team will begin data collection one hour before the spacecraft’s closest approach to the moon.

“The relative velocity between spacecraft and moon will be 14.7 miles per second (23.6 kilometers per second), so we are screaming by pretty fast,” said John…