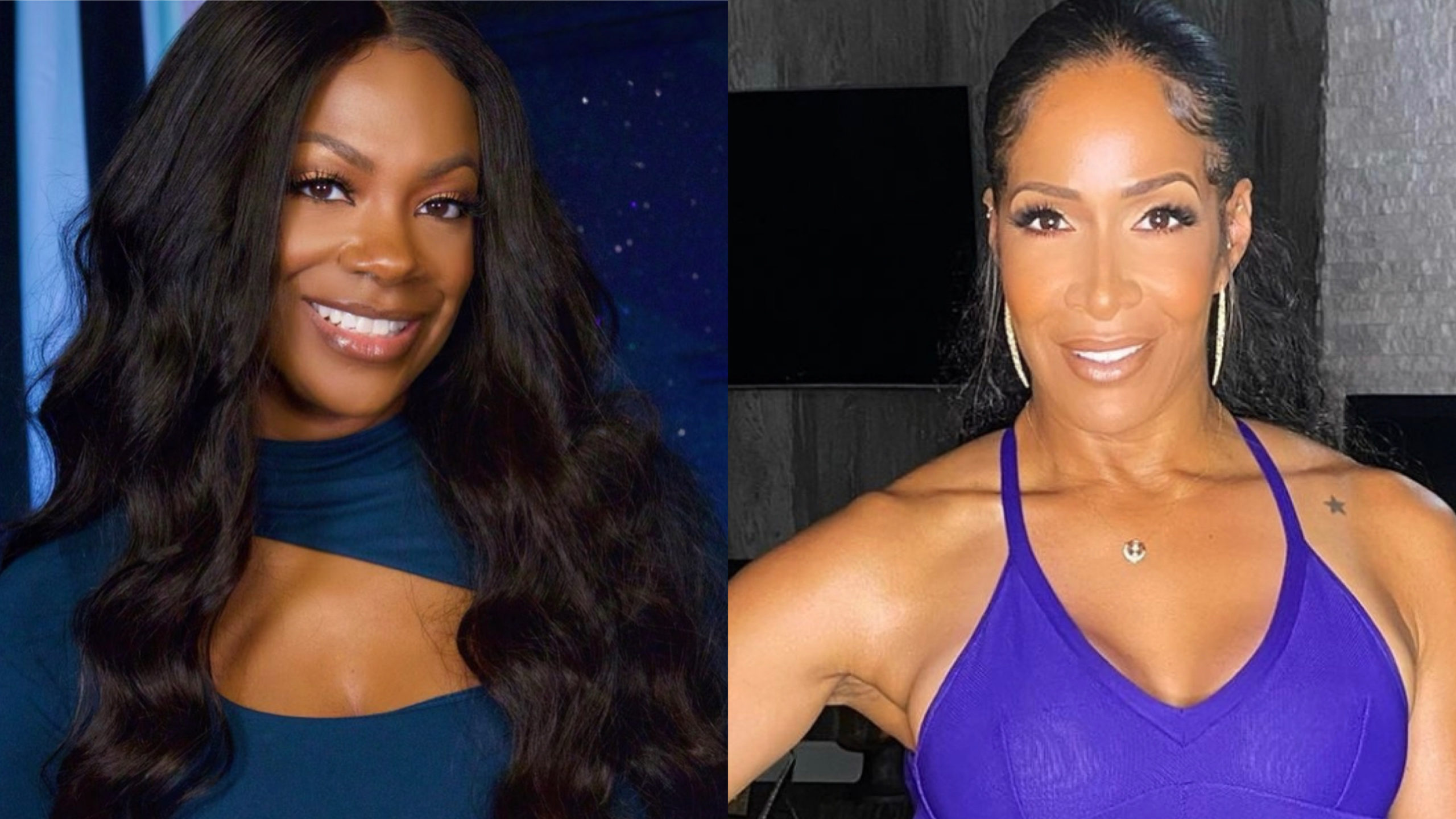 Kandi Burruss Questions Martell Holt’s Sincerity In His Newfound Relationship with Sheree Whitfield, Reveals He Dated Another Friend for ‘Publicity’

Sheree and Martell began making headlines earlier this month before Sheree confirmed the pair were officially dating to TMZ.

The Neighborhood Talk uploaded a clip of Kandi as she discussed the sincerity around Martell and Sheree’s relationship. While Kandi is happy for her “RHOA” cast mate, she doesn’t want her to be played by the “Love & Marriage Huntsville” reality star.

In her interview, Kandi confessed Martell took interest in one of her friends, who is a part of another reality show, before Sheree. It was later revealed that Martell’s intentions were not in the right place while going on the date.

“Earlier this year, and I gotta be honest, a family friend of mine who is on another reality show hit me up to go out on a date with him at Blaze and was like, ‘Oh, could you have another table open for us because we’re gonna have somebody taking our pictures and videos so that they can post it.’”

The outing didn’t receive a lot of publicity, but the situation put a weird taste in Kandi’s mouth. “Now that I see this similar situation, I’m like, um, is he being genuine or is he doing the same thing that he was doing with the other person I know.”

Although Kandi and Sheree have had a rocky friendship in the past, the former Xscape singer still claimed her as a friend and explained why she is worried about the validity of their relationship.

“I don’t want her to be in a situation where it feels like you know, where she’s being used for publicity,” Kandi tells the interviewer.

Viewers of the clip understood where Kandi was coming from and prided her on always telling piping-hot tea.

“That’s why Bravo loves her, Kandi always has the tea!”

“He definitely gives clout chaser vibes, and Sheree is gullible.”

“I love Kandi, she gonna always tell the truth and it’s usually spot on.”

“One thing about Kandi, she’s gonna tell it all!”

There are a lot of questions…