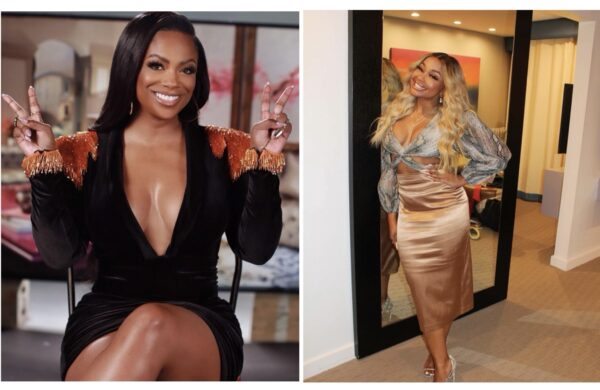 A clip of Phaedra Parks on “The Wendy Williams Show” recently hit the internet where she discussed her opinion on ex-bestie and former “RHOA” castmate Kandi Burruss. Now it’s Kandi’s turn to speak.

Therealitytvsource on Instagram uploaded a video of the Xscape group member that showed her response to how she felt about the clip and her own opinion on the Southern Belle.

Kandi said in the video, “It was a compliment and a shade at the same time.” She continued, “In one moment Phaedra said ‘Oh you know Kandi is a very good business woman’, then she said something about the show and how she’s being a friend on the show in Dubai, riding in yachts and that she’s leaving us on the sinking ship.”

Kandi made sure one main point had been reached in the video and that was that she “didn’t care.”

The singer/songwriter expressed, “She’s a professional shade queen and I don’t even take none of that personal.” she added, “I don’t care, it’s all good. I’m happy that she’s happy in her life, honey.”

It’s safe to say, Kandi being happy that Phaedra is happy in her life may signify a bit of growth considering the history between the two.

The pair was on “The Real Housewives of Atlanta” together — Kandi joined the cast in 2009 for the second season while Phaedra joined in 2010 for the third season — and the two became real close.

Their friendship started to hit a roadblock once Phaedra felt as though Kandi wasn’t there for her to the extent of how she wanted her to be as she was going through issues in her marriage to her now ex-husband, Apollo.

Phaedra also started to feel a way once she found out Kandi’s husband, Todd, did Apollo a favor and kept his motorcycles in their garage. However, it was when Kandi questioned about Phaedra not allowing her children to visit Apollo in jail that a strain really started to show in their relationship.

As the show went on, the two ladies had acquired closer relationships to…