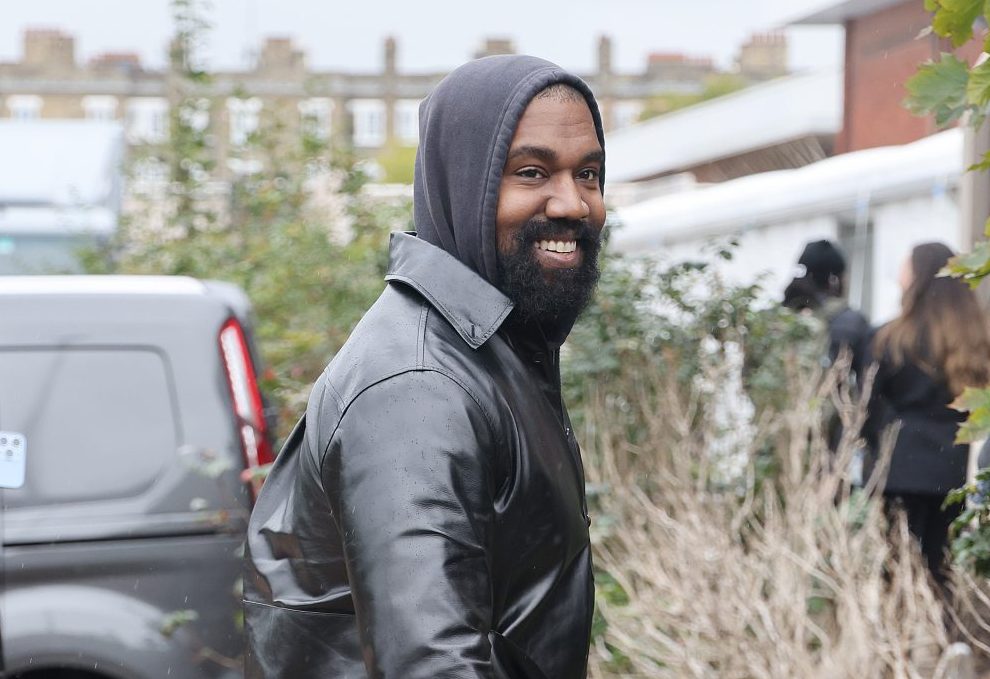 Kanye West Turns Heads In London With His Footwear (Photos)

There is no doubt that Kanye West is a trendsetter when it comes to fashion, and on Monday folks began to share their thoughts on his latest fashion choice after he was spotted attending the Burberry fashion show during London Fashion Week.

Kanye West was all smiles as he was seen rocking a hoodie, all black leather, and even black flip-flops to match. His footwear was accompanied by black socks to complete the look.

Now the brand of flip-flops Ye was rocking is unknown. However, he is no stranger to taking fashion risks that eventually transition over to becoming a fashion trend.

Of course, it didn’t take long before people took to social media to react to his new fashion choice.

@kanyewest wearing flipflops for the burberry show made me realize that he is not scared of anything pic.twitter.com/Q2Ar6vkx8G

Prior to making his bold fashion statement for fashion week, Kanye took to Instagram to share a message to London in relation to the recent passing of their monarch, Queen Elizabeth II.

He said in his Instagram story, “LONDON I KNOW HOW YOU FEEL…I LOST MY QUEEN TOO.”