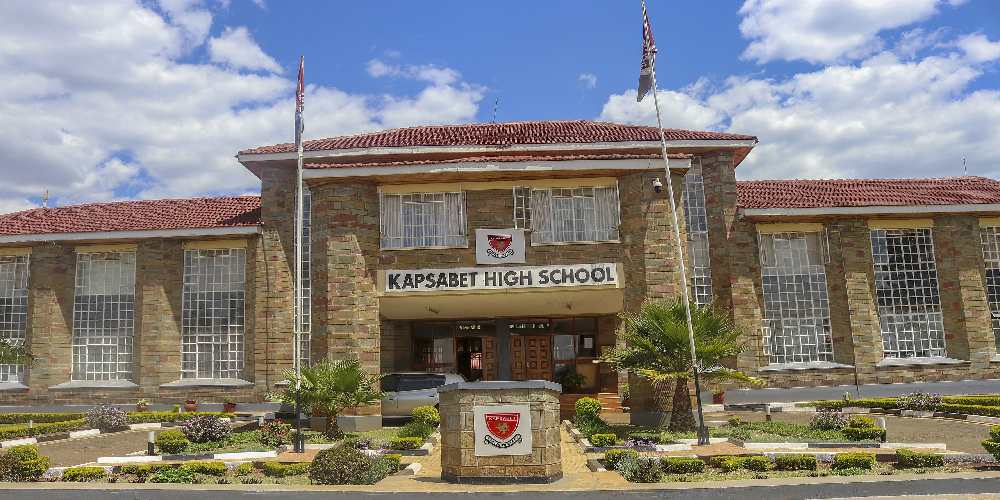 President-elect William Ruto will become the first president with the academic qualification of a PhD. But before scaling the world of both politics and academia, the president started his academic journey in Nandi and Uasin Gishu Counties.

A lot has changed at Kapsabet High School since the now president-elect William Ruto sat for his A-level exams.

“We received his excellency the president from Wareng High School, he joined when he was index 3, we received him on 18th March 1985, to join a level class Form 5, which then was a science class. He was admission number 5065,” explains Kapsabet High School Chief Principal Kipchumba Maiyo.

In the two years he spent at the school, he was a resident of Solai House, Cheruiyot dorm, cube number 5G which has since been repurposed into a library.

The building that housed his classroom, Form 5G, is now part of a primary school adjacent to the high school.

The school principal says the luck that comes with number five with the president-elect perhaps started at Kapsabet High School.

“On the magic of number 5, his class, form five g, his cube number five, his fifth political term, him being the fifth president and his win being validated on the 5th of September, “ explains the principal.

It is that luck that students in this school, some in the classroom the president-elect sat, hope will rub off on them.

“I’m really proud, just imagining that maybe he sat in this class makes me even more proud,” says Ivy Jepkirui, a pupil at Kapsabet High Primary.

“This has given me inspiration that I can become who I want in future. It was inspired me that no matter where you are from, it doesn’t affect what you become in future,” adds Richy Barack a pupil at the same school.

While many of the staff who served at Kapsabet High School during the president-elect’s time have left, one old man, who’s cooking kept the future president well nourished, remembers the young man quite vividly. He now works at the school as a groundsman