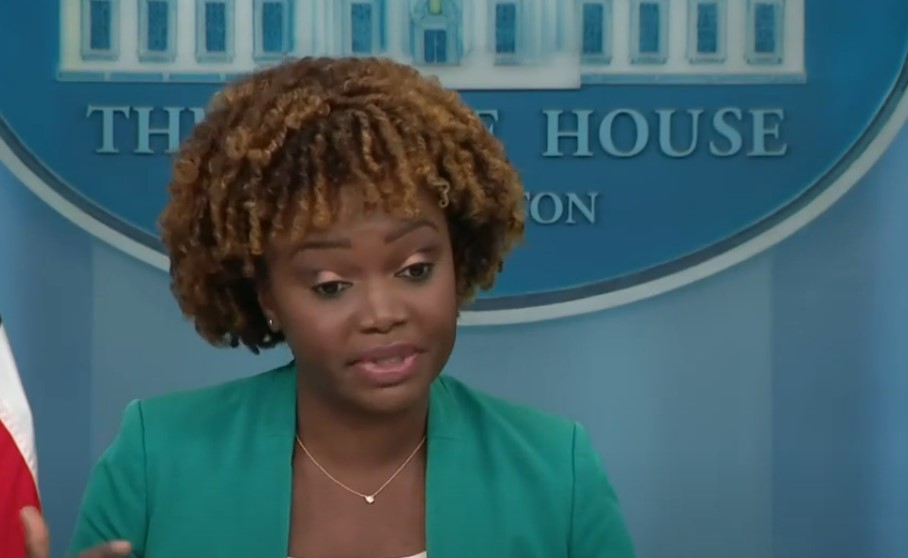 Karine Jean-Pierre Wrecks Kevin McCarthy With His Own Words

The White House Press Secretary said in response to McCarthy:

So let me say a few things about the response to Kevin McCarthy,  it comes from himself. Like what he said. On January 6, after January 6, 2021, one week after the January 6 insurrection. I’m sorry January 13. You know he said the violence, destruction, and chaos we saw earlier was unacceptable. He said this on January 13, 2021. It was undemocratic, un-American. We all should stand united in condemning the mob together. Then he said the president bears responsibility for Wednesday’s attack on Congress by mobs and rioters speaking about the former president.

Kevin McCarthy is a fraud. McCarthy went from blaming Donald Trump for the 1/6 attack to claiming that he said no such thing to then going silent after audio was revealed of him blaming Trump for the Capitol attack.

Minority Leader McCarthy has no credibility. It is absurd to believe that a person doesn’t even know what he stands for to attack the President Of The United States on the soul of America.

The red wave has vanished in part due to Kevin McCarthy, and if he wants to play these sorts of games, the White House seems willing to take him on.