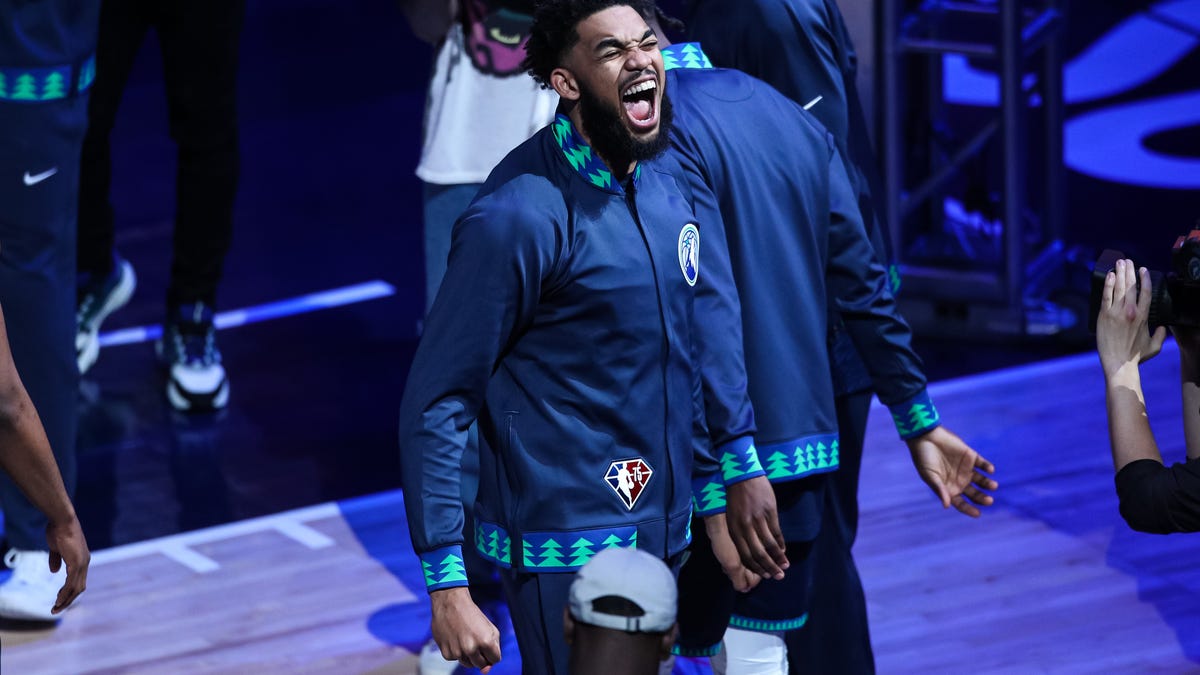 It’s always a good idea to consider all answers when an athlete opts to give a boneheaded response to a reporter. In some instances, the player goes off the rails on their own volition. In other cases, it’s a lose-lose situation, and Karl-Anthony Towns is forced to pick between getting scorched by the media for overhyping the team, or dealing with a passive-aggressive teammate for the rest of the season.

So when Towns said this upcoming season is “championship or bust” for Minnesota after the franchise traded five players and five future firsts to acquire Rudy Gobert, he did what any good leader would do and offered himself up as Twitter’s punchline.

Towns’ reasoning for his bold prediction was thought out and pretty on the nose:

“When you make the trade that we made, that’s the reality. I’m not trying to sugarcoat,” Towns said, per Michael Rand of The Star Tribune. “You’ve got to think that. That’s really what’s on the table. I don’t think the fans would be accepting of [a goal of] a third-round elimination. … Let’s be real. The standards are high. The pressure is high. And that’s when we should all love to play basketball even more.”

If KAT was completely candid with his situation, there’s no way Gobert doesn’t catch a stray even if Towns liked the deal. At least he didn’t try to say with a straight face that the center known for struggling in the playoffs was worth the assets Minnesota gave up. Fans often look at the supremely stupid fouls Towns commits that keep him in or close to foul trouble and think of those tendencies as validation for Jimmy Butler’s assertion that he’s soft or not cut for “this life.”

Towns isn’t Butler, and if he attempted all the alpha male shit Jimmy does, he would be laughed out of the locker room. The former Kentucky Wildcat has experienced a tremendous amount of life for a 26-year-old, and he’s shown every bit of that maturity in how gracious he’s been with the Gobert trade.

Making a declaration about the third-round of the playoffs was accepting reality and accountability. Saying…