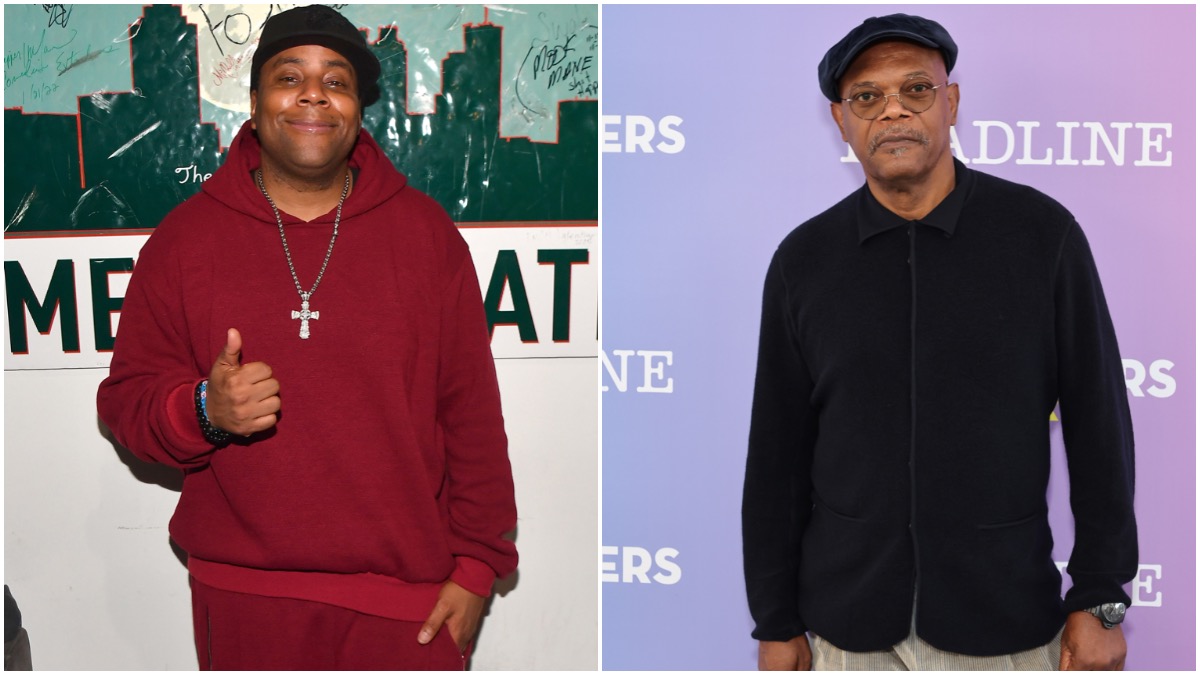 Kenan Thompson Responds to Samuel L. Jackson’s Claim That He Banned Him from ‘SNL’

Veteran “Saturday Night Live” star Kenan Thompson is addressing claims that he got Academy Award-nominated actor Samuel L. Jackson banned from the iconic sketch comedy show after the “Pulp Fiction” star dropped the F-bomb during a live taping of the show that aired in December 2012.

The incident came up during Jackson’s recent appearance on “The Ellen DeGeneres Show” with guest host Leslie Jones. The 73-year-old actor joked that Thompson got him banned from the Primetime Emmy Award-winning series after failing to cut him off during a skit and “I said the forbidden word on television.”

The former Nickelodeon child star was asked about the incident during his Thursday, May 19 interview on “The Tonight Show with Jimmy Fallon,” during which he denied being the culprit. “I don’t have the authority to do that,” Thompson told host Fallon before adding, “I don’t know why he thinks that.” The 44-year-old comedian revealed that Jackson has been “mad at me” since.

Thompson described his version of what took place nearly a decade ago, stating that there was just an “F” on the cue card, and the actor may have misinterpreted the line.

In the skit titled “What Up With That?”  Jackson played himself in a cameo, “He dropped the F-bomb on the show, but he says I was supposed to cut him off before that,” he explained.

“We kinda expect the F-word out of Sam Jackson, so no harm done. Then he doubled down and said it again, and I was like, ‘Yo, my man, we got to pay for those.’ I guess he’s a method kinda guy,” Thompson added.

It’s best to note that the star is not banned, Thompson said. Thompson declared: “It’s all good, bro,” looking directly into the camera. “You’re welcome anytime, from what I’ve been hearing … Come on in whenever you want.”