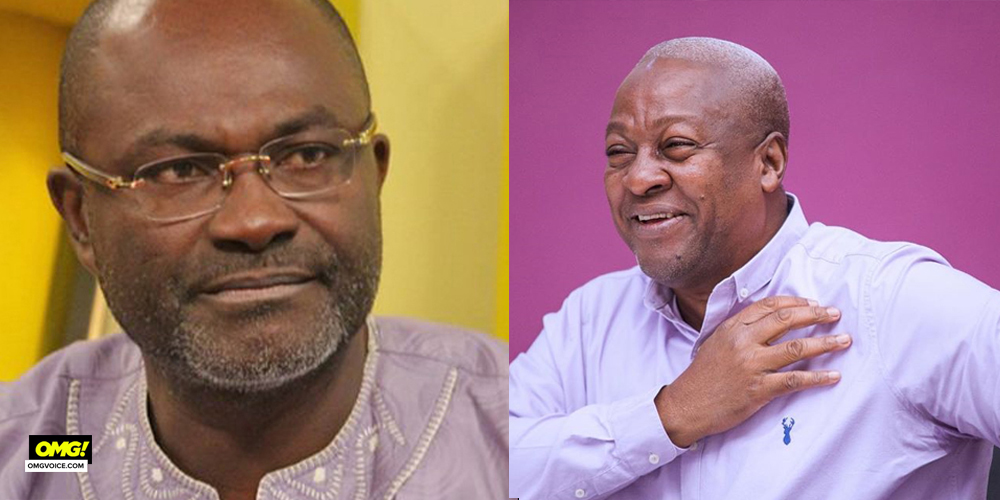 The Member of Parliament for Assin Central, Kennedy Agyapong says he will defeat John Mahama and his National Democratic Congress, to help the New Patriotic Party break the eight come 2024.

This comes after the legislator finally confirmed that he will be contesting in the upcoming presidential primaries of the NPP following several speculations.

“Yes, it is true. I have decided that when the NPP opens nominations, I will pick a form and file my nomination to contest the party primaries as the flagbearer…I will stand on the ticket of the NPP and nothing will change. Right now they are doing the regional elections and afterwards the national elections where a date would be set for flagbearership race,” Kennedy Agyapong stated.

Prior to this, there have been rumours that the Assin Central lawmaker is interested in joining the flagbearership race in which many have tipped Vice President Mahamudu Bawumia and Trades Minister, Alan Kyeremanten, to succeed President Akufo-Addo.

But Mr. Agyapong in an interview declared that he is the best and most suitable candidate to continue the legacy of President Akufo-Addo.

“When you look at what is happening in Ghana now, the only person who can continue President Nana Addo Dankwa Akufo-Addo’s legacy is me, and that is the confidence I have.”

“If we make a mistake and choose any other person apart from me, the NDC will win the elections and will not continue the legacy of President Akufo-Addo just like what happened in 2008 when we fought ourselves and allowed the NDC to win the 2008 elections, President John Agyekum Kufuor’s uncompleted works were halted. But this time, I am appealing to the members of the NPP not to make that mistake again,” he explained.

According to the outspoken MP, he has supported the NPP since 1990 in America but has not been in mainstream NPP politics as a cabinet member.

“We should make sure that we break the eight and I am the only person who can break the eight for the NPP…if they need a new face as the new brand for the NPP, then it is Kennedy Agyapong’s ticket…If members of the NPP will vote for me as the flagbearer, I will…