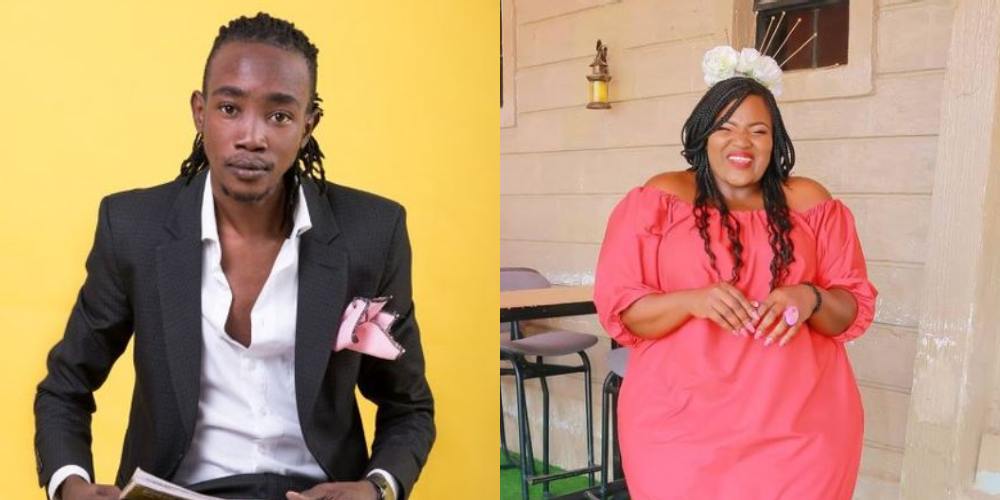 Kenyan multi talented comedienne and actress, Sandra Dacha says she is forever grateful to Kenyans who have always stood with her and her boyfriend, Akuku Danger in times of need.

Dacha says he first time Akuku Danger was hospitalized Kenyans were kind enough to donate Ksh 3.8M and recently contributed Sh800,00 when he was readmitted to hospital.

“Wakenya I can never thank you enough! Kenyans are very generous people.

Asked to give Akuku’s health update, Sandra said she is glad he is doing very much OK and they are praying to God
he doesn’t get back to hospital because he hasn’t worked since December.

Delving into herself and the abuse she has been forced to endure over many years, Sandra said she is a woman who loves herself and won’t need anyone to make her change that.

“I am so proud of myself as in there is nothing you can tell me about my body because with human beings they think being slim is beautiful. But they think with a body like mine you are not supposed to call yourself beautiful,” Sandra said.

Sandra says she always advises women to accept themselves because once they do so
everyone will accept them as they are.

Asked how she deals with trolls Sandra said she chooses to ignore them unless she is
in a mood to tackle them.

“When you answer them they say you are proud forgetting that they are the ones who provoked you.
When you show them the reality they start saying your money will vanish someday.” Sandra said.

The seasoned actress said that a few years back she was subjected to some bad trolls and were it not to her self motivation she doesn’t know where she would have been.

Sandra says she developed her confidence from a very young age when people used to laugh at her big size and hence why she remains unshaken by those who try to get at her.