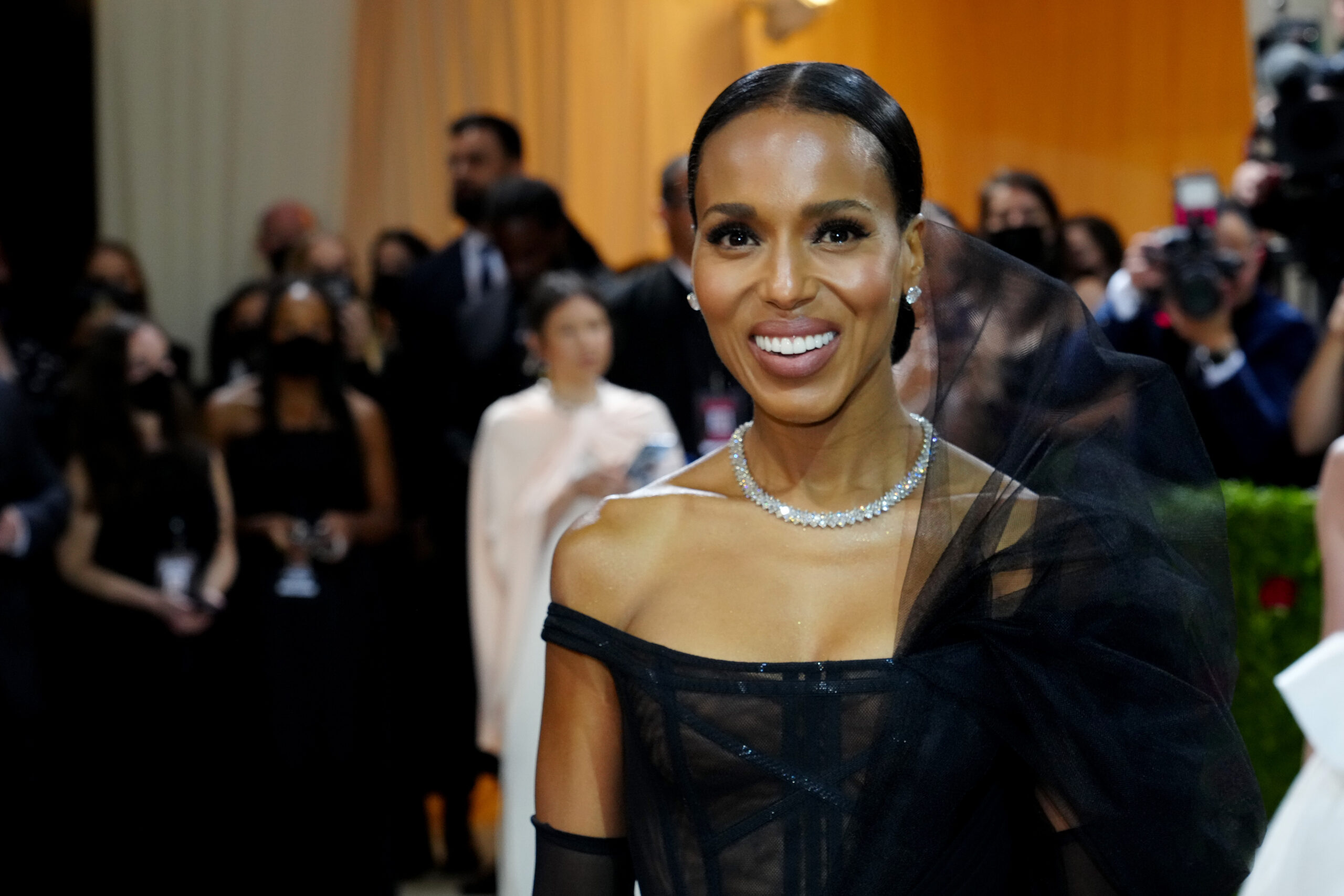 The half-hour, eight-episode series was inspired by the life of  Tracy McMillan — who’s most noted for her work on “Mad Men” — and tells the story about “a messy but perfectionist relationship therapist and single mom whose life is turned right-side-up when her dad gets out of prison and moves in with her and her teenage son,” as Onyx Collective described in a press release. Paige Alexander, played by Washington, is the daughter to Edwin Alexander, portrayed by Lindo.

It’s the first time Washington has had a prominent television father since starring as Olivia “Liv” Carolyn Pope, alongside actor Joe Morton’s Elijah “Eli/Rowan” Pope in Shonda Rhimes’ thriller series “Scandal.” Olivia’s father, or Papa Pope, as many fans referred to him, had a recurring role on the award-winning show during seasons 2 through 4 and became a main cast member following the premiere of season 5 until its seventh and final season in 2018.

The actress took to her social media pages, where she introduced fans to “Paige and Edwin, your new fave dad/daughter duo” while sharing a warm selfie the two took together. However, fans were seemingly struggling to adjust to Washington’s new girl-dad role. Many were quick to mention her iconic television relationship with Morton, including one fan who humorously declared that the new duo “Will never top Olivia and Papa Pope.” Another person chimed, “My sentiments.”

“I dunno,” a third user commented before adding, “I recently rewatched Scandal, and not sure if Olivia and Papa Pope can be beat!” “Oh man Rowan will be pissed!!! This is iconic,” quipped a fourth person.

Still, many fans seem eager to see the dynamic between Washington and the British thespian,…