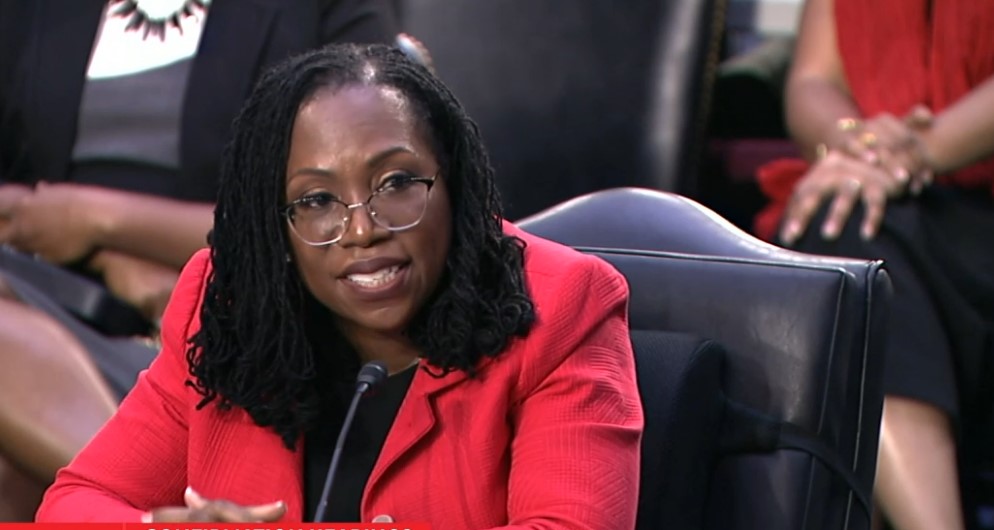 Judge Ketanji Brown Jackson, who will be sworn in to serve on the United States Supreme Court, has addressed the recent leaked draft opinion that indicates the Court will overturn Roe v. Wade, the landmark ruling that allows women to make choices about their reproductive health without excessive government restriction.

Speaking to The Washington Post, Jackson said the leaked draft opinion is “Such a departure from normal order.” “Everybody who is familiar with the court and the way in which it works was shocked by that,” she said.

Jackson said she wants to use her position on the Court to be “a role model” for younger generations, saying that she is “so honored to have so many people who have encouraged me, who have supported me and who view this as a really important step for our country and for our society.”

“It’s not about me personally, in a sense. I’m embodying this progress that many people feel we’re making by having me appointed to this seat. And so it’s pretty daunting in a lot of ways.”

“I feel prepared because I’ve been one of a handful of African Americans doing what I do at this level for a while. It’s not unfamiliar to me to be a ‘first’ or an ‘only’ or whatever small group of people who are performing in legal circles like this — obviously nothing like as momentous as this.”

“I know in the past I’ve felt, ‘Gosh, I’ve really got to do well here so that other people will have this opportunity down the line,’” Jackson said. “That I might be the first, but I don’t want to be the last, and it’s on my shoulders to make sure that I leave a good impression so that others can follow.”

Jackson will be the first Black woman to serve on the nation’s highest court. Her historic moment was met with applause after she was confirmed in a 53-47 vote.

However, the historic moment did not please everyone; several Republican senators walked out of the Senate chamber even as their colleagues applauded. Republicans attempted to characterize Jackson as a liberal extremist during her confirmation hearings,…