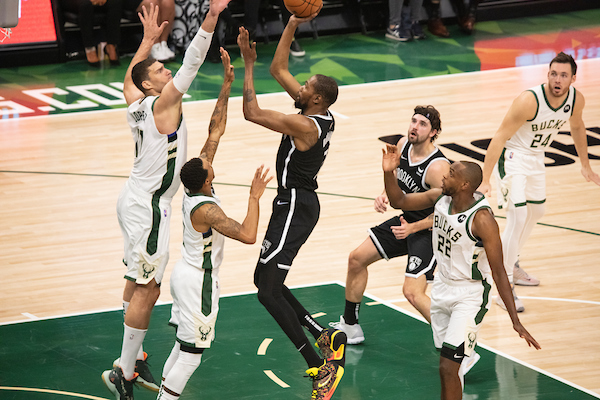 Kevin Durant sent ripple effects through the NBA world on Thursday when he formally asked for a trade. According to ESPN’s Adrian Wojnarowski, KD made a direct trade request to Nets owner Joe Tsai.

Brooklyn Nets general manager Sean Marks is working alongside Durant and his business partner Rich Kleiman to find a new home for Durant. KD has named the Phoenix Suns and Miami HEAT as where he would like to play next. ESPN noted over half of the NBA contacted the Nets to check into Durant’s availability.

Durant’s trade request comes just days after Nets co-star Kyrie Irving decided to return to the team to “full his commitment” to the organization and Durant. Now the belief is Irving will also be moved. Options for Irving currently include the Los Angeles Lakers and Dallas Mavericks.

Durant and Irving reportedly have had no contact with the Nets after opting into his deal. There is a small possibility that the Nets could move Irving and Durant together.

Last year, Durant averaged 29.9 points, 7.4 points, and 6.4 assists. Durant is under contract for the next four years.