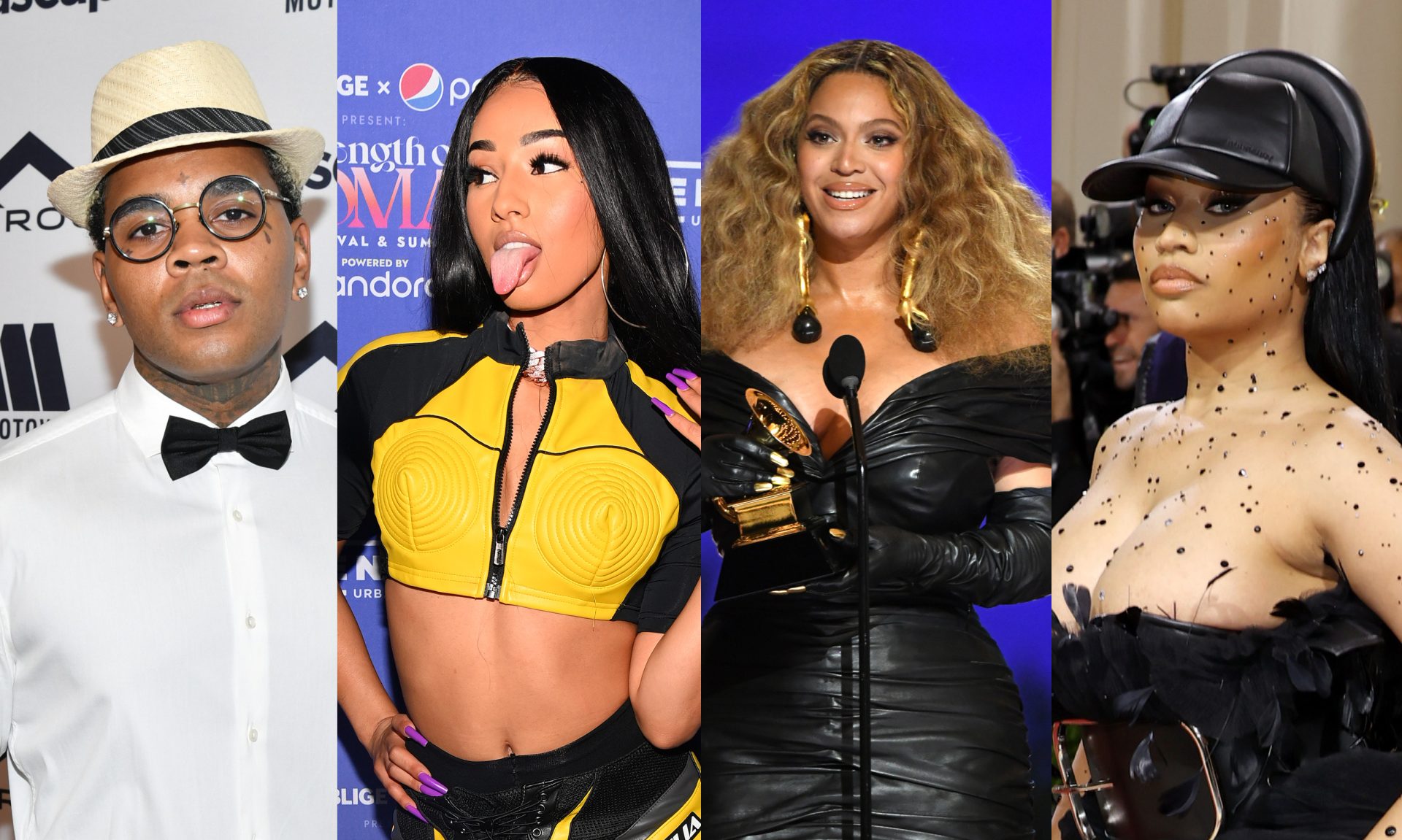 Kevin Gates has some ideas for Rubi Rose, Beyoncé, and Nicki Minaj! And none of the details involve cutting a track. Instead, Kevin expressed his desire to bed the women on his newly released freestyle Super General. He did limit the words aimed at the married Bey and Nicki. But, he dedicated more than a few lines to telling Rubi what he visualizes for an encounter between them!

“Rubi Rose, I can’t wait to have your feet facing my ceilin’/ With my tongue deep in yo’ a** while I kiss all on yo’ kitty/ Put that d**k deep in yo’ back and have you c*m all on this missile/Put yo’ hands behind yo’ back and smack yo’ a**, I’m in yo’ kidneys,” Kevin rapped.

While the lyrics didn’t leave anything to our imagination, Rubi didn’t seem to mind the lack of privacy. Hours later, she responded to the freestyle on Twitter.

Unlike Rubi, Beyoncé and Nicki haven’t said a peep about the fantasies featuring them. Despite the nature of his lil’ requests, Kevin clarified his words mean no disrespect to her husband, Jay-Z.

“Ain’t no disrespect to Jigga, met through Nipsey, that’s my n***a,” Kevin said. “Don’t know if they into swinging, Beyoncé need to let me hit her/Make her piss all on this d**k, respectfully, her body shiver.”

For Nicki, Kevin implied it’s a two-way street of need and want between them. Per Kevin, Nicki’s husband, Kenneth Petty, is the only thing in their way.

“I want Nicki, she need Kevin, sh still playin’ around with Kenneth.”

His sexual shots at Rubi, Beyoncé, and Nicki came after his lyrics about his seemingly estranged wife, Dreka Gates. Earlier this week, the rapper was spotted enjoying a night in the company of Love & Hip-Hop Miami star Jojo Zazur. While speaking with The Shade Room on Thursday, Jojo revealed a friendship with Kevin spanning more than a decade.