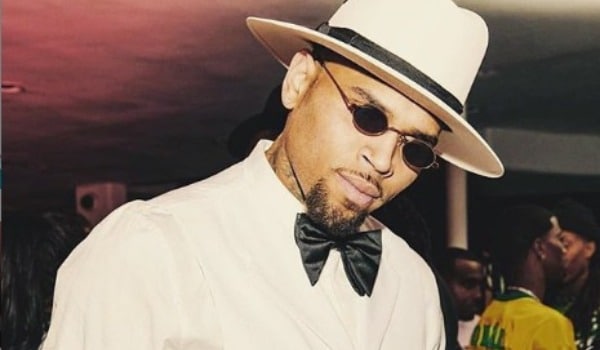 Earlier this year, Chris Brown announced he and rapper Lil Baby would be joining forces on an excursion titled, “One Of Them One’s Tour.” It was also announced that fans were given the opportunity to purchase meet and greet tickets where a photo of them with Chris Brown would be taken.

However, after some Breezy fans stated they paid $1000 for those tickets, a discussion of whether a Chris Brown photo was really worth it presented itself on the scene.

While the public’s debate between “yes, it’s worth it” and “no, it’s not” hasn’t come to an official resolution, there seemed to have been a consensus on the price regarding Chris Brown’s recent meet-and-greet due to a couple surprise appearances.

Comedian Kevin Hart and rapper Fabolous crashed Chris Brown’s latest meet-and-greet, and the public is not mad about it.

The Shade Room posted a video of Kevin crossing his arms next to Chris Brown while posing for a picture. Seconds later, Fobolous entered the scene and joined Kevin. They captioned it “Sis definitely got more than her money’s worth”

While the video was rolling, fans could hear a photographer state, “She’s still in the picture.”

“Y’all messing up her whole meet and greet,” echoed a laughing background voice.

Although Kevin and Fabolous crashed the photos, nothing but smiles were shown on the fan’s face as she struck a pose right next to the three industry men.

Some viewers of the video agreed that she actually received her money’s worth from the meet-and-greet while some fans suggested she should’ve done more.

“She’s the only one that got her money’s worth”

“She got a third for one special, she’s lit! [laughing emoji]”

“Oh she got triple her money’s worth”