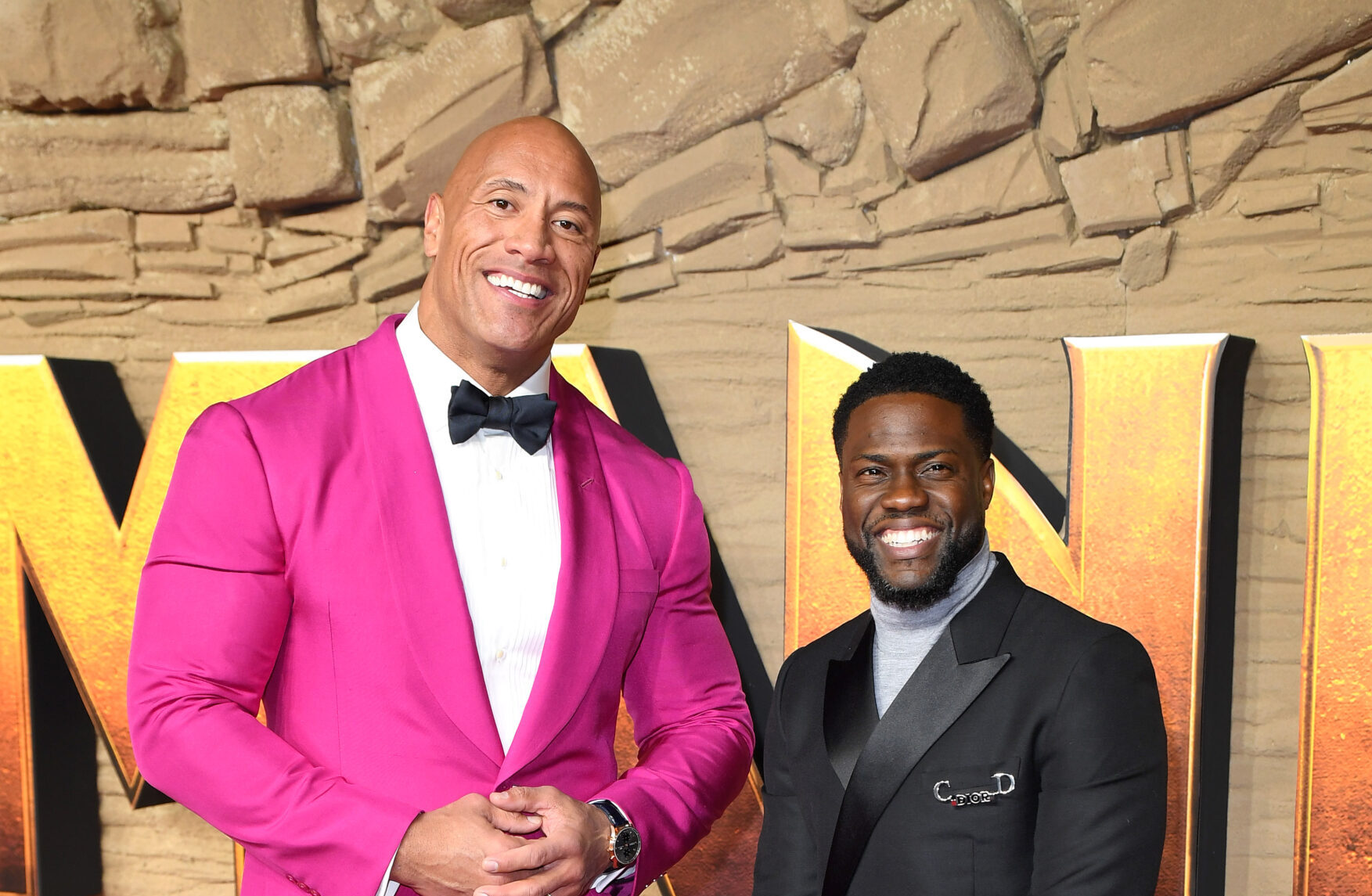 Comedian Kevin Hart and wrestler-turned-actor Dwayne “The Rock” Johnson have appeared in a handful of movies together and, over the years, have created a friendship filled with jokes often shared on social media. While on a press run for their new film “DC League of Super-Pets,” the bromance display continued after the “Fatherhood” star trolled his co-star for “just” purchasing his mother a home.

During a recent interview with Extra TV, the “Red Notice” star opened up about recently purchasing a home for his mother, Ata Johnson. The conversation is soon crashed by Hart, in a clip shared to his Instagram, where he teases the blockbuster movie superstar on his property buy, suggesting the star waited long enough.

“A billion dollars later, he finally bought his mom a house,” the 43-year-old funnyman quipped. “Fine. Should we clap for that? I think the whole room by now is thinking the same thing: It’s about f-cking time,” Hart continued.

Johnson nearly fell out of his chair with laughter before a duet ensued. “Hey mom, look what I got you,” Hart quipped with his arms wide open before Johnson inserted, “No more apartments. No more trailer parks.” Hart added, “Get out of that duplex.”

When the laughter finally settled, Johnson revealed that there was a solid rationale behind the delay. “Listen, I have been lucky enough to buy her homes over the years.” The former athlete shared that this happened after her divorce from his father, retired professional wrestler Rocky Johnson.

He looked over at Hart, who was beside himself, “You happy now? After the big divorce, I’m going to take care of mom.”

Fans later flocked to the comment section of Hart’s post, with multiple people quoting the star’s joke. Johnson later shared on Twitter that his jaws were hurt from laughing out loud so much at the moment. The actor replied to an online post, “I could feel my stomach knot up from…