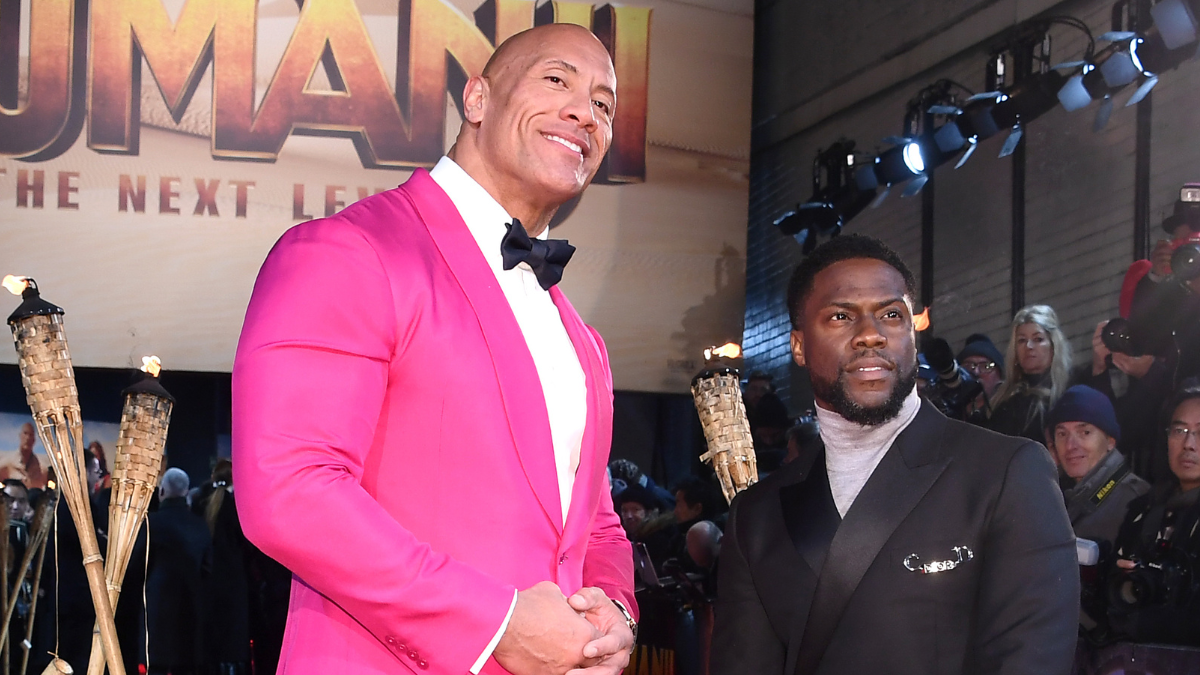 Comedian Kevin Hart and Dwayne “The Rock” Johnson will try just about anything to keep up with their youthful audience. The Hollywood besties proved it this week while promoting their upcoming animated film “DC League of Super-Pets” after attempting the TikTok-born “tortilla challenge.” The latest internet craze involves two individuals slapping each other across the face with a tortilla while trying not to spit out a mouthful of water.

In an Instagram post that has already garnered nearly 30,000,000 views combined since being uploaded to their respective pages on Thursday, July 22, an overly excited Hart said, “We’ve seen the kids playing this game where they slap each other with these things.”

Dwayne Johnson (left) and Kevin Hart attending the Jumanji: The Next Level UK Premiere held at the BFI in Waterloo, London. (Photo by Matt Crossick/PA Images via Getty Images)

The “Ride Along” star wins the opportunity, not once but twice, to whack the former professional wrestler turned blockbuster movie star by winning an old-school game of “Rock Paper Scissors.” However, the comedian burst out laughing on the second slap, effectively losing the game.

After finding a second to stop laughing, Hart told his co-star, “Because I’m a good.. I’m a good f-cking partner you a get a sma-,” but was cut short by a slap from a tortilla. “You moved your head,” Johnson said to Hart, who admitted he was “scared” and hurried the star to take his shot — which he happily did.

“Well, this is us trying to keep up with the younger generation right there,” Hart quipped. “Never again,” The Rock responded.

“You can tell @KevinHart4Real has been waiting for the day he can finally slap the sh*t out of me with no consequences,” Johnson captioned his video before adding, “This was fun.”

In his caption, the “Night School” star wrote, “If this shit don’t make you laugh then something is physically wrong with you.”

The 43-year-old star revealed, “I have been wanting to do this for years….I got to live out my dream and smack the living…