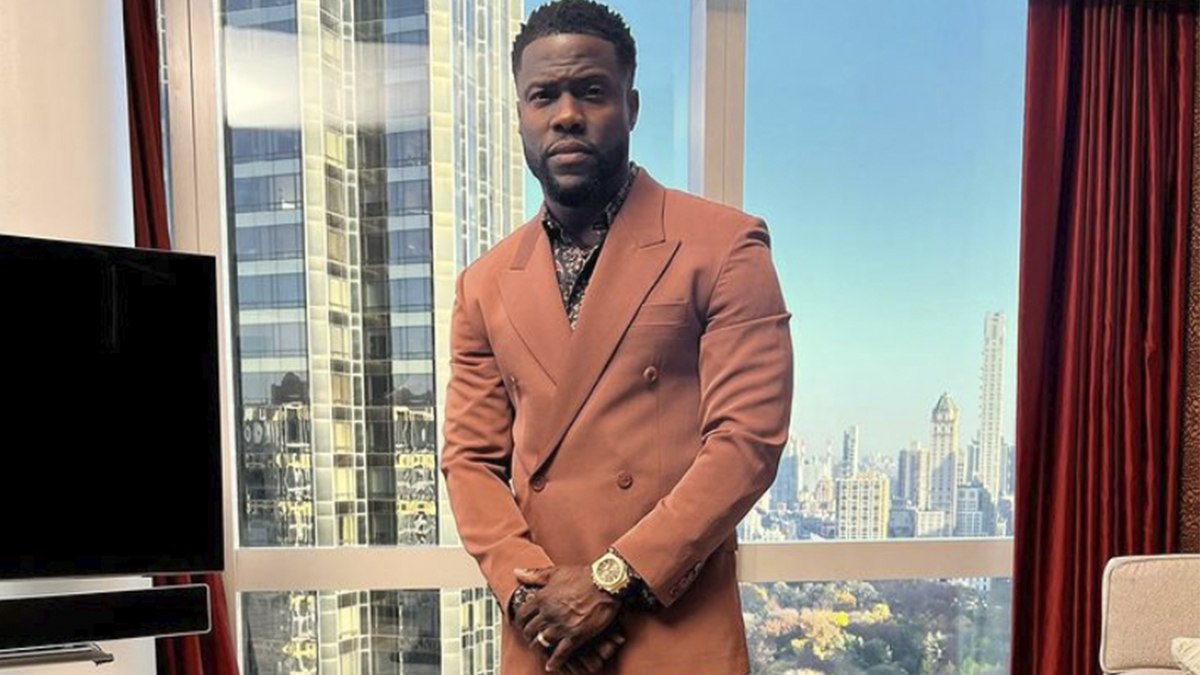 It seems that Kevin Hart‘s comedic genes may have passed down to one of his four children. Kevin revealed that his youngest son, Kenzo Kash Hart, had him falling out laughing after viewing the 4-year-old’s best impression of him.

In the June 14 Instagram post shared on Kevin’s page, Kenzo was in the car with his mother, Eniko Hart, when she asked him to impersonate Kevin. She said, “Tell me how daddy talks.”

Kevin hart shares a video of his son Kenzo Hart impersonating him. Photo:@kevinhart4real/Instagram

While incorporating numerous facial expressions and arm gestures, Kenzo replied, “He talks like, ‘What you doing there. OK, oh, oh, oh, OK.’” Following the first impression, Eniko asked Kenzo what Kevin said to make him laugh. The model said, “What does he say to make you laugh?”

Kenzo responded as he shook his head and lifted one arm in the air, “What you doing? Oh, OK, OK. That’s enough.” He added, “Whatever. Whatever, what you want. Whatever, whatever. OK, OK, that’s enough. One more. You know what, you are too crazy. … Treat, not the treats. OK, OK, OK.”

Toward the end of the clip, Eniko asks her son, “What else does he [Kevin] say to make you laugh?” Kenzo smiled and repeated the word “yeah” numerous times. The pair even went as far as to mimic Kevin as they said, “what you mean.”

In addition to the post, Kevin wrote that this particular moment with his wife and son made him miss home. He said, “Man this sh-t here just killed me….I fell out laughing His little ass nailed it Missing My little King #Harts.”

As fans viewed the upload, many expressed how funny the video was and that Kenzo nailed the impressions of his father.

” lmfao rotfl hahahahah this is GOLD.”

“So funny he has his mannerisms down pack the lil cutie.”

“Omg he is so freaking handsome and toooo funny he has his daddy down pack.”

“Man, of all the comedians that have tried to impersonate you… Your little man has got you hands…