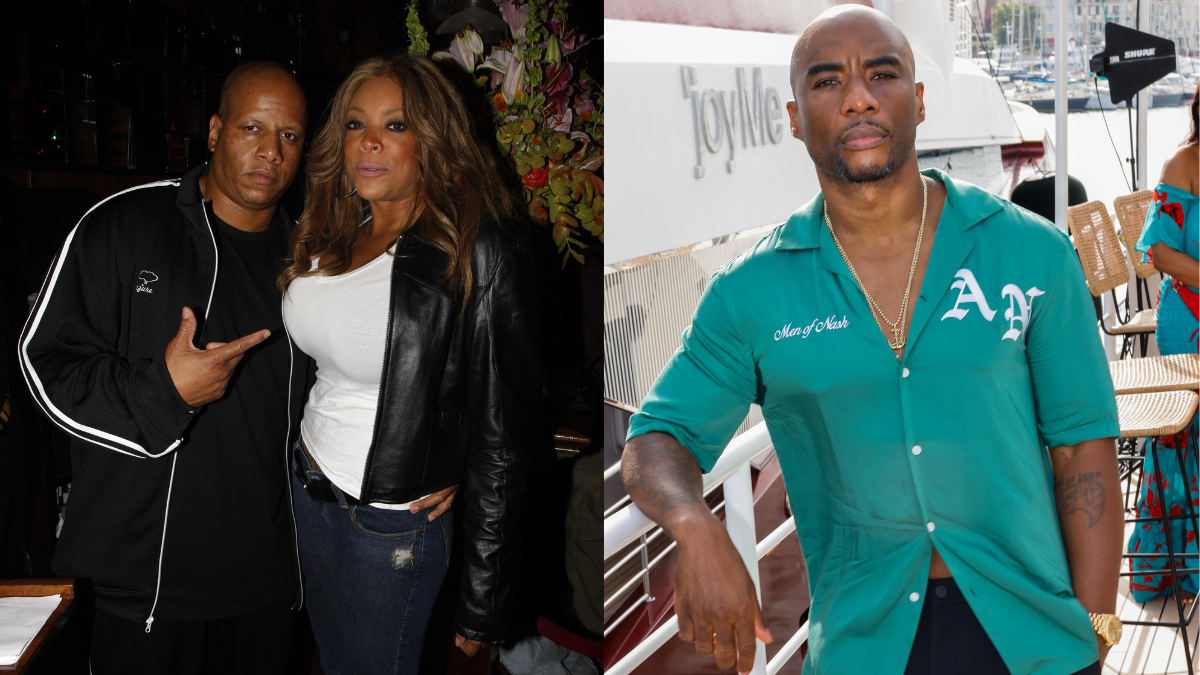 Kevin Hunter is still being questioned in interviews about his ex-wife, Wendy Williams, despite the two finalizing their divorce in 2019. The former manager and ex-husband of the talk show host was also asked about his history with Wendy’s former intern Charlamagne Tha God. He explained that the two would look out for each other, especially regarding his extramarital affairs.

“We gon’ keep talking about Wendy?” Hunter told interviewer Choke No Joke. He refused to answer specifics about Wendy’s bank dispute against Wells Fargo, but he said he foresees her “excelling” in the future.

Hunter was also asked about his infidelity in their marriage. He replied, “No comment,” when asked if Wendy cheated in their relationship. In the midst of discussing his company, Hunter Publishing, he was then asked about the status of his relationship with Charlamagne.

“I stand on this: Taking nothing away from his talent, which he clearly has, but he would have never been able to see the light of day in the No. 1 market with the way that these vultures are, if you know what I’m talking about,” he explained. “There’s no room.”

In part three of the interview, Hunter shared different instances where he claims Charlamagne “held me down” and vice versa. He said Charlamagne lived at his condo in New Jersey for five years, adding that he looked out for him as a “little brother.”

He said he wasn’t happy with how Charlamagne made a “mockery ” of his family on air.

“Was it cool that you got on the air and made a mockery of the whole thing, when you…