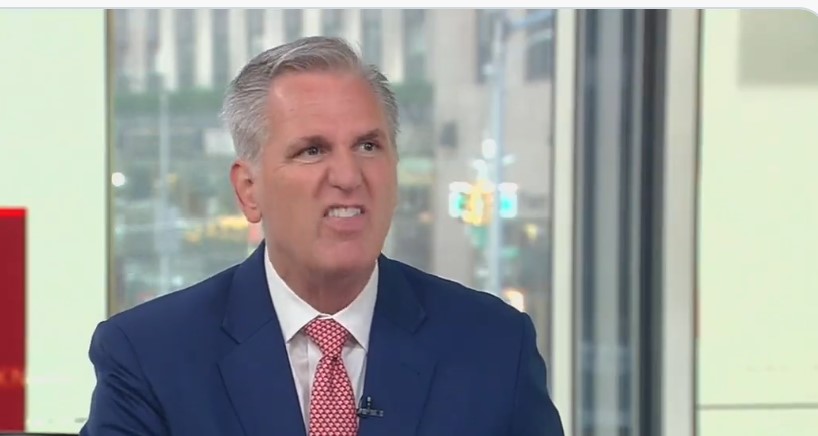 Kevin McCarthy tied himself into knots and went to extreme lengths to deny Biden credit for taking out the leader of al-Qaeda.

Video of McCarthy on Fox News:

House Minority Leader Kevin McCarthy is trying really hard not to give President Biden credit for the killing of the leader of al Qaeda:

“It is great that we were able to take out the terrorist, but why is the terrorist … sitting in a balcony in the capital of Afghanistan?” pic.twitter.com/UqPyWRDPpx

McCarthy said, “It is great that we were able to take out the terrorist, but why is the terrorist who helped to plan 9/11 sitting in a balcony in the capital of Afghanistan? That’s how far that they are back together again, and feel that this whole discussion of the decisions made by Biden were wrong. Fourteen more Gold Star families. He didn’t listen to the military in getting out. He’s weakened us around the country, and now a weakness in standing up to China.”

Kevin McCarthy was trying so hard to deny Biden credit that is answer began in Afghanistan and ended up in China. McCarthy knows that his red wave is drying up so he is stringing Republican buzzwords together.

At one point in his answer, it was almost like Kevin McCarthy’s brain froze. I was waiting for McCarthy to say, “Person, woman, man, camera, TV, ” because it seemed like his brain just gave up and shorted out.

McCarthy’s red wave is evaporating, so he tried to blame Biden for Trump’s bad decisions that weakened America in Afghanistan.