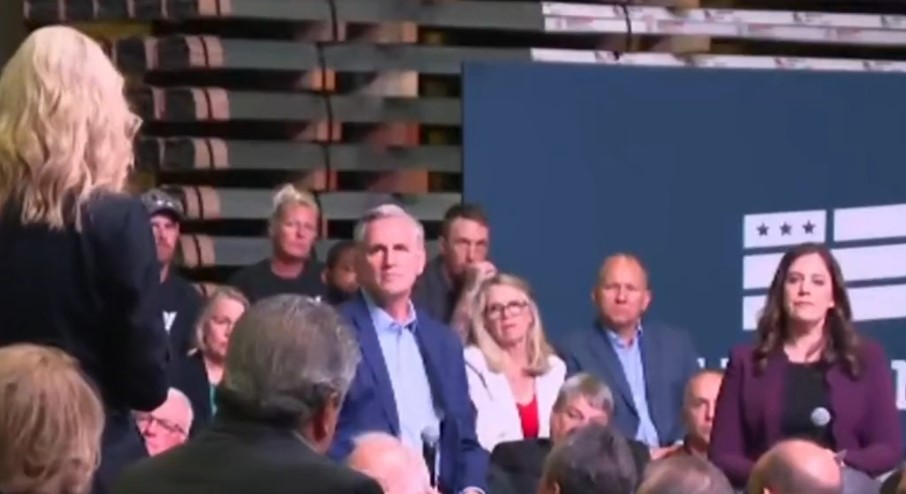 House Minority Leader Kevin McCarthy rolled out his agenda in Pittsburgh where things went off the rails during guest comments.

— A mom at the House GOP’s “Commitment to America” agenda rollout, as Minority Leader Kevin McCarthy nods along pic.twitter.com/AiLhVvX07f

A supposed mom went on a rant about Marxist concepts and said, “There are many other public education issues concerning parents like myself. The slow creep of critical race theory, diversity, equity, and inclusion, gender identity, and allowing biological boys to enter girls’ spaces and sports. Now we have SEL, which is social-emotional learning. It’s indoctrination disguised as initiatives like kindness programs, or anti-bullying programs, or diversity projects. These are all Marxist-style programs targeting our children.”

Did you know that being anti-bullying is Marxist?

I guess if we want to be real red-blooded Americans, according to the definition of this mom, we need to resegregate the schools because diversity is also Marxist.

Kevin McCarthy was there to talk about his string of empty promises about things that he has no intention of doing anything about, and instead, he got a dose of Fox News/Newsmax-fueled insanity.

McCarthy and two dozen House Republicans came to the Pittsburgh area as they would not actually set foot in the deep blue city of Pittsburgh, to launch an agenda that no one is buying, and even the people in attendance would rather rant about culture war conspiracies than talk about Kevin McCarthy’s solutionless agenda.

So far, the great House Republican rollout is not going well.