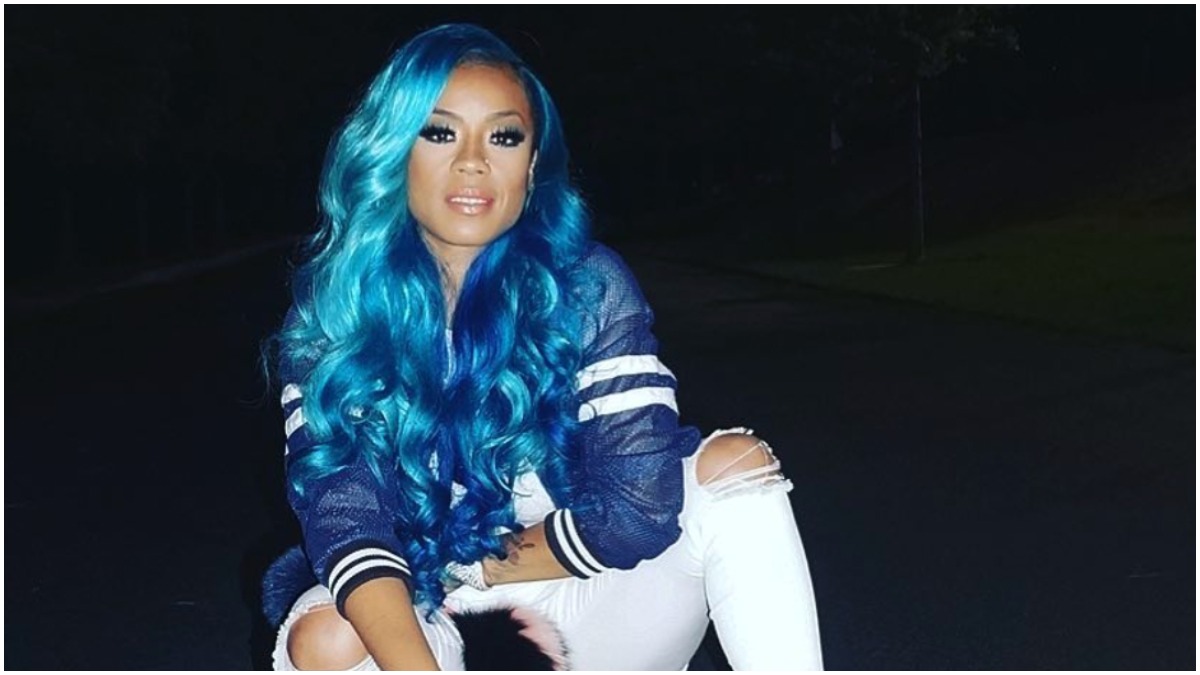 Keyshia Cole and Antonio Brown seem to be doing well in the relationship department. The Grammy-nominated singer is 100 percent supportive of her rumored boo and his music career and she displayed it by sporting a tattoo of his initials. But the jury is still out on exactly what their relationship status is.

“AB put it down on @keyshiaCole she never had a love like his before…OBVIOUSLY,” tweeted one person, captured by The Shade Room.

The “Love” singer replied, “And if you wanted to know, you could’ve taken your chan[c]es at asking. Obviously, you know nothing. You’re just assuming what you think you know.”

Dating rumors about Cole and the former Tampa Bay Buccaneers wide receiver sparked in March after they were spotted getting close during a video shoot. The two collaborated musically on the track “Don’t Leave.” Despite the critics, a handful of supporters encouraged the “Love” singer to embrace her new relationship.

One person wrote, “#keyshiacole seems happy and so does #antoniobrown. Why can’t #BlackTwitter and dem be happy for our girl and see how this plays out. I’m rooting for y’all @keyshiacole.”

The mother of two replied, “Thank you! Lmao! It’s all good. I’m used to it! Always so hard on me. No love lost.”

It’s unclear if the two are relationship goals or pulling a publicity stunt on the world. But fans agree, they do look happy. Others blamed their connection on Cole’s history of dating toxic men.

Cole made headlines when she married former NBA star Daniel “Booby” Gibson. The two remained married for six years until 2017, and share their 11-year-old son, Daniel Gibson, Jr. She’s also made headlines for previous relationships with rappers such as Jeezy, Birdman, Bow Wow and the father of her youngest son, Niko Hale.

The 40-year-old denies trashing Bow Wow’s Rolls Royce after their relationship ended; in 2014, she was arrested for attacking a…