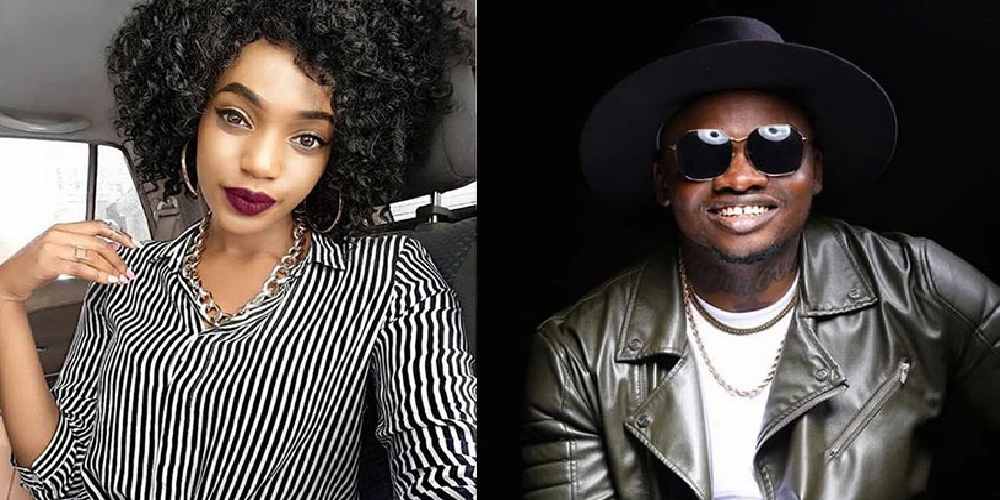 Cashy Karimi has been sued by her baby daddy Khaligraph Jones for defamation.

The female rapper has on several occasions put Jones on the spot for allegedly being a deadbeat to their son.

In a recent case, Cashy Karimi claimed that her son has missed two terms of school.

“What is the point of a person asking for a child to travel to Nairobi to attend a better school, then going silent on the child’s arrival?”

“Why give such unfair conditions, in order for the child to be in the suggested school?”

Cashy added that the rapper said he would only support the child if she allows him to live with his wife Georgina and their three children.

She added that she receives threats every time she tries to seek legal assistance.

“What is the point of delaying legal case intentionally and threatening the mother with arrest?” she wrote.

“For now I have no comment, God’s favour will prevail.”

Khaligraph through his management shared a statement that explained that there is a law suit going on.

The management explained that there has been a constant harassment on OG by his baby Mama Cashy that led to him filing a lawsuit in February this year.

“Our attention has been brought to the numerous social media posts by one Cashy Karimi on her social media pages against our artiste.

After a long period of constant harassment by Cashy against our artiste, he sought her out with a view to reach an amicable settlement out of court.

However, this approach was not successful due to her outrageous demands. Our artiste filed a suit in court against Ms. Cashy Karimi in February 2022 at the Milimani Magistrate’s Court.”

The statement further added that there were interim orders issued by the Court stopping Ms. Cashy Karimi from publishing details of the minor involved, the case or the parties therein; which she is now clearly in contempt of.

“Our artiste has restrained himself throughout the harassment and defamation of character.