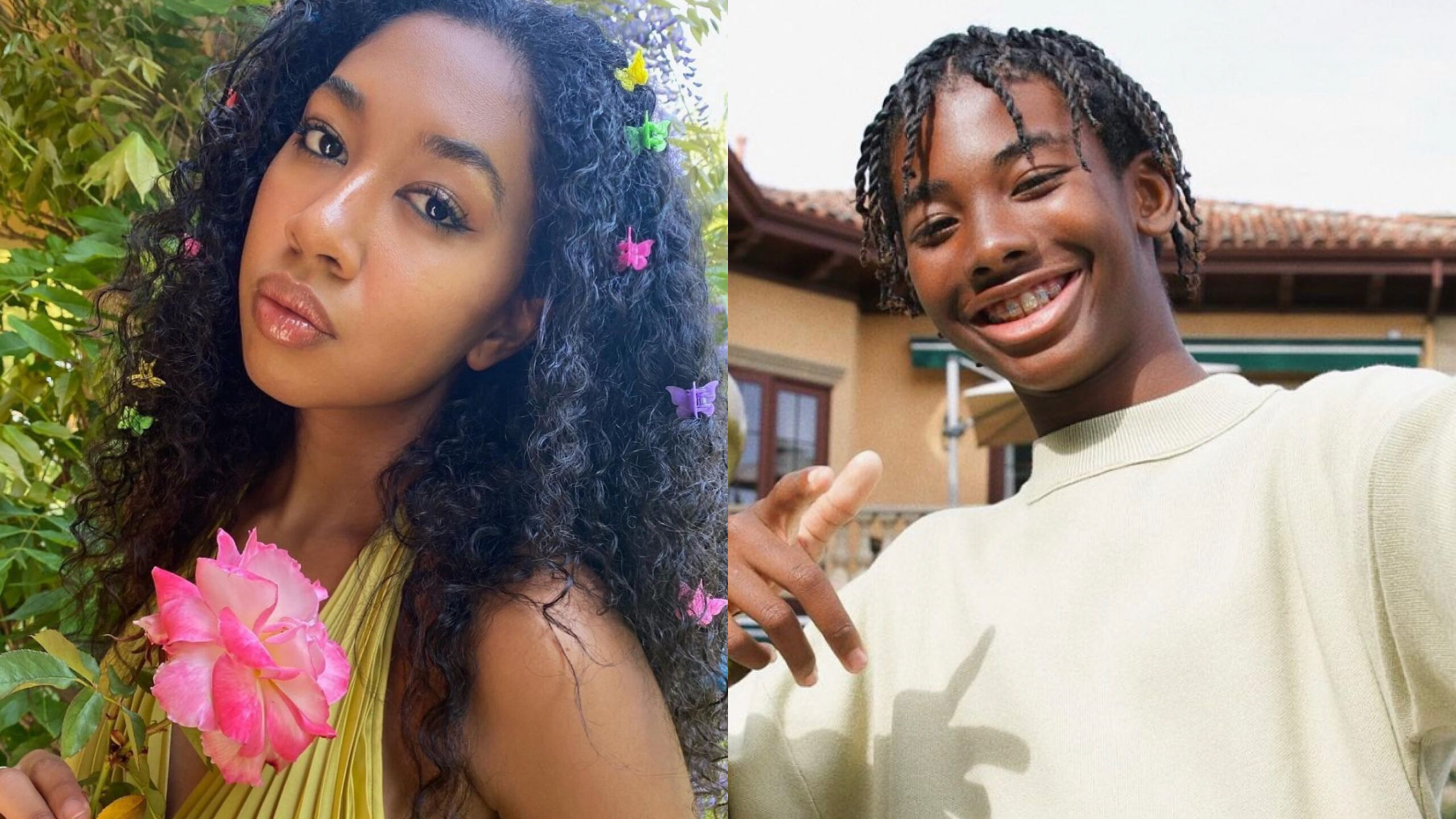 Kimora Lee and Russell Simmons’ daughter Aoki Lee Simmons has a new boyfriend, and not everyone in her family is ecstatic about it.

The 19-year-old disclosed the news on Instagram on June 21 by sharing an image featuring what appears to be her legs on an unidentified male. She captioned the post, “no face no?!” To make matters worse, a short time later, Aoki revealed in another upload that her 13-year-old brother Kenzo Lee Hounsou disapproved of her new beau.

Aoki Lee Simmons’ brother Kenzo Lee checks the 19-year-old after she shared a photo with her boyfriend. @aokileesimmons/Instagram

Kenzo Lee is the son of Kimora Lee Simmons and actor Djimon Hounsou. In the post, Aoki Lee shared a screenshot of her conversation with Kenzo Lee after posting her boyfriend.

Alongside the post, Aoki Lee explained in the caption that her little brother feels big because of his 6-foot stature. She said, “Kenzo lee everybody (he’s 13 but I guess he feels all big cause he’s 6ft).”

As fans viewed Aoki Lee’s upload, many brought up that Kenzo Lee’s word choice showed that he meant business. A couple of individuals even discussed how intense the slap would be.

“Not with maximum efficiency. He want him outta hereeee.”

“Kenzo is having NONE of it!”

“That slap sound next level.”

Among the previous remarks, others pointed out that Kenzo Lee’s protective nature over his sister Aoki Lee is a common dynamic between siblings, especially brothers. One wrote, “Little brothers always think they’re the big ones.”

Another said, “It don’t matter if the…