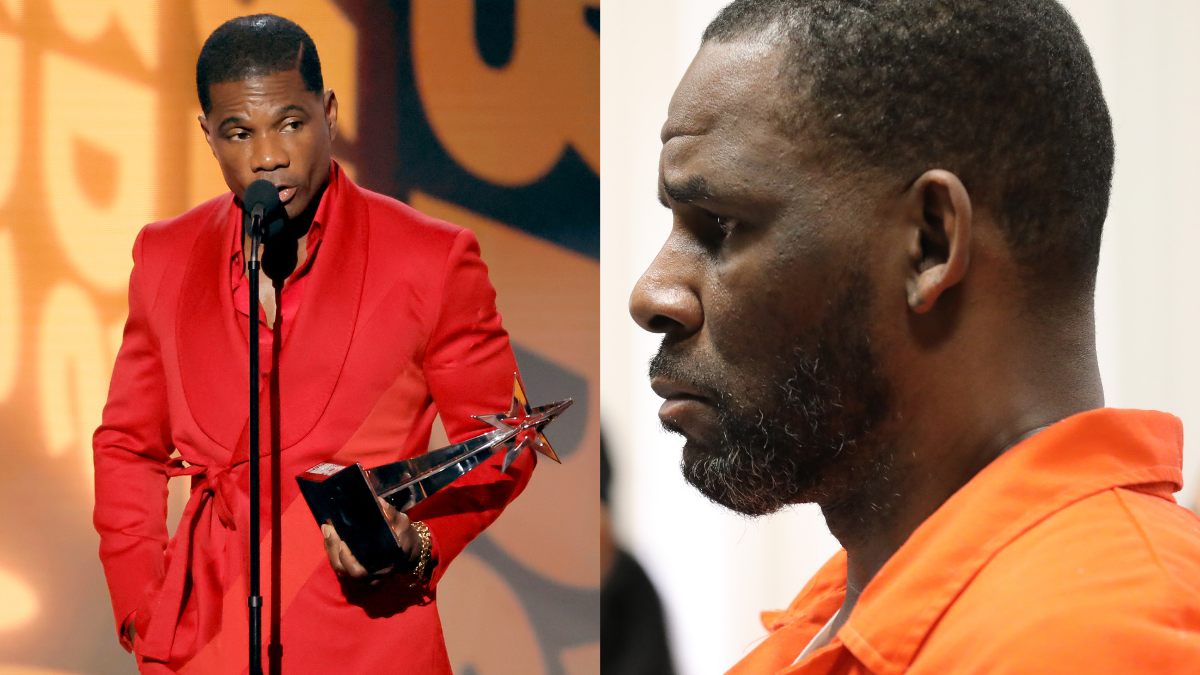 Kirk Franklin Debates Whether R. Kelly’s Music Should Be Canceled

It’s been a week since Grammy Award-winning singer-songwriter Robert Kelly was convicted on federal racketeering and sex trafficking charges. As the disgraced R&B crooner prepares to serve his 30-year prison sentence, some of his music fans are still grappling with the dilemma of supporting the 55-year-old despite the nature of his criminal history, including legendary gospel star Kirk Franklin. The latter opened up about separating the artist from his art.

The “Stomp” musician shared his thoughts on those who choose to still listen to the hits created by the proclaimed “Pied Piper of R&B” while catching up with media outlet TMZ while in New York City. Although he didn’t show support for the “Burn It Up” singer, he expressed, “I think it’s very difficult to separate the artist from the art,” Kirk Franklin responded when asked whether it’s OK to listen to R. Kelly’s music.

Franklin also stressed the importance of appropriately using one’s platform. “And I think that’s why the microphone is a very responsible thing,” the industry veteran continued. “Even with myself because I’ve made mistakes, and I have to be able to be responsible to know that to whom much is given, much is required,” the 52-year-old said, loosely quoting Luke 12:48.

The “Lean on Me” singer added, “We don’t put ourselves above people because all of us could make mistakes, but it is important to know that when we do, a lot of times the trust is broken. We have to be responsible for that trust.”

Folks had much to say about Franklin’s remarks in the comment section of the YouTube video, including one streaming user who applauded the producer’s take on the matter. “He handled that question like champ,” they wrote. “You can see that through mistakes and much seasoning Kirk Franklin has really grown.”

However, not everyone felt the same. One critic fired off, “Music itself hasn’t committed the crime! Only the artist has.” They added, “All…