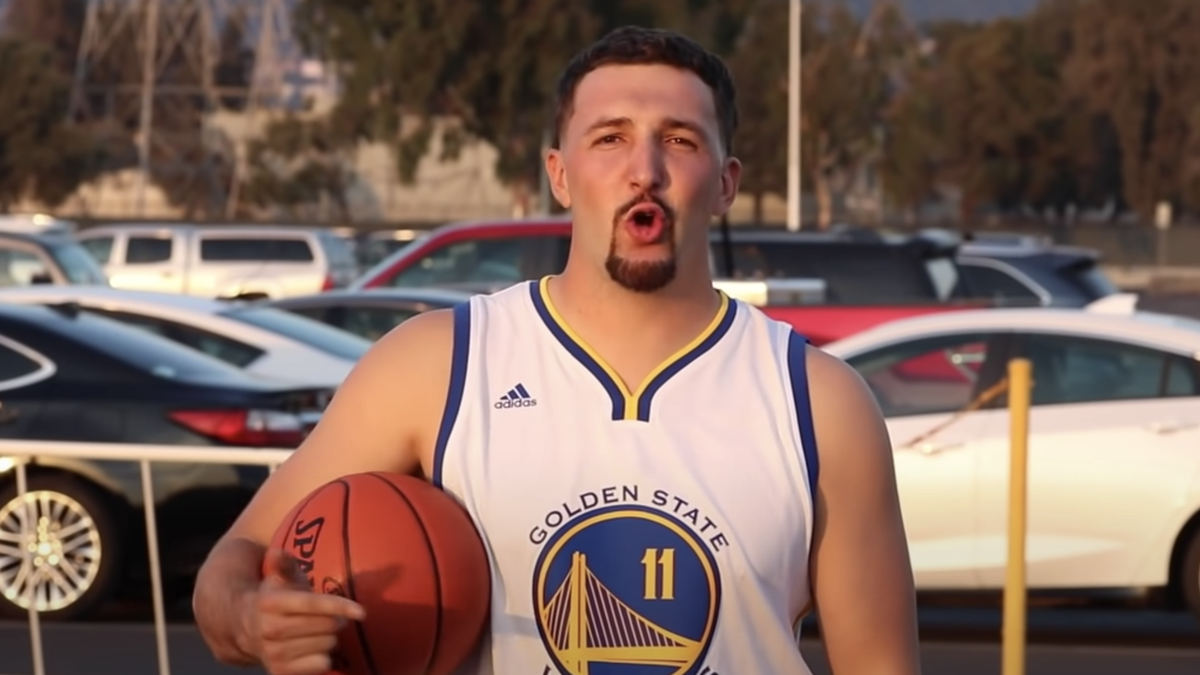 If you’ve ever been walking around your city and passed by someone who resembles you, then you and Warriors guard Klay Thompson have something in common. Dawson Gurley has gone around the Bay Area, impersonating Thompson during the team’s championship run, fooling people into thinking he’s actually the Warriors’ sharpshooter.

Gurley’s scam has worked so well that his hubris finally got him into trouble. According to Gurley, he’s been banned from Chase Center in San Francisco for life. Gurley says he strolled through multiple security checkpoints the morning of Game Five of the NBA Finals and wound up on the court taking jump shots. He’s even produced what looks like an official letter from one of the top officials of Warriors security.

It’s hard to know if Gurley is serious or playing a prank, since that’s what he’s been known for over the years after picking up the “fake Klay” persona. Gurley is a YouTuber that plays pranks on folks. That’s his schtick. For now, no one seems to know if this ban is real or another one of Dawson’s plots to trick us all.

Deadspin reached out to the Warriors and Chase Center security, but we got no response on the matter. The burning questions at hand are pretty apparent. Is Mr. Gurley the one that should be punished? And if so, isn’t a lifetime ban a little harsh? And if he snuck in past security, who snapped the photo of him on the court? After all, it is security’s job to secure. And they failed at that since he got all the way down to the court before anyone noticed.

Fake Klay merely took advantage of the opportunity afforded him due to lax security. The fact that he made it through multiple security checkpoints without a second glance is astonishing. I’m not advocating trespassing, but security at the NBA Finals should be more attentive.

It will be a shame if this news is true, as fans around the bay have come to love Gurley’s antics in impersonating Thompson. It seems he’s been able to hoodwink a few people with his fake Klay act. One fan didn’t have the heart to tell his sister that she met fake Klay,…