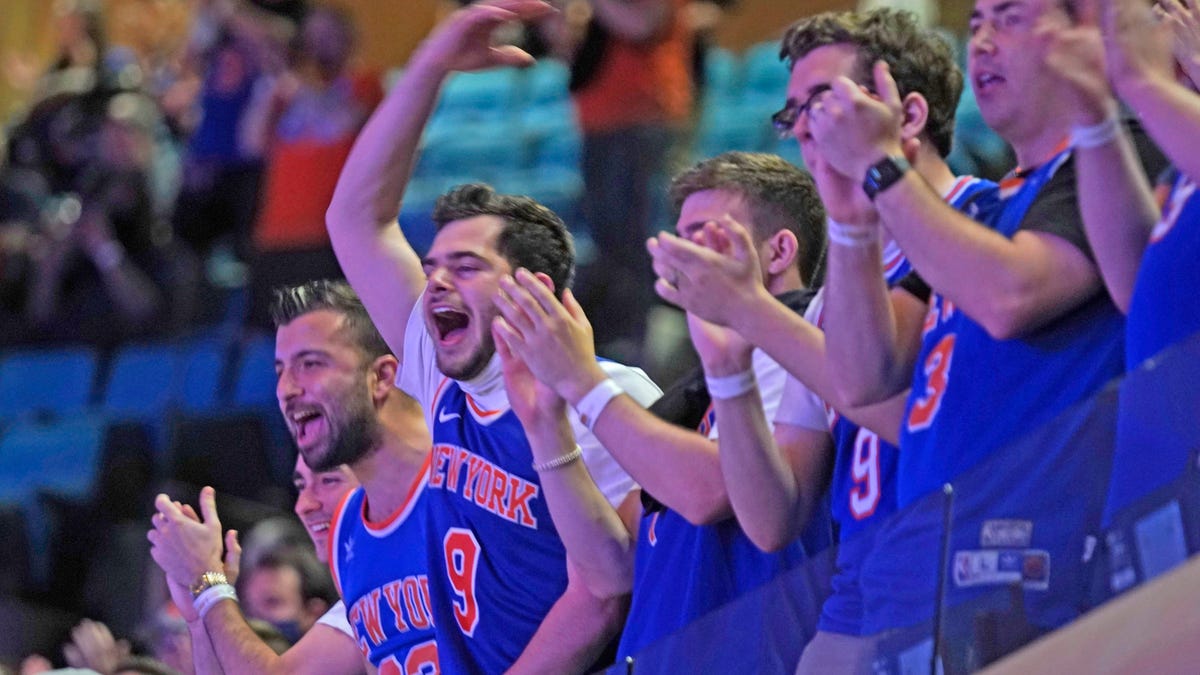 Knicks have most expensive ticket for 12th straight season: report

Posted By: adminon: May 13, 2022In: SportsNo Comments
Print Email

Knicks fans are paying way too much to see mediocre basketball.Image: Getty Images

The city that never sleeps doesn’t know how to budget, either.

According to a report from Front Office Sports, the most entitled fanbase in the NBA — that hasn’t seen its team win a ring since 1973 — is also the league’s most gullible, as the Knicks had the most expensive tickets for the 12th straight season.

This means that at Madison Square Garden, a group of four tickets cost just short of a grand at approximately $937 during the 2021-2022 regular season. No other team in the league has an average price for a 4-pack that expensive. This is a reason why Forbes has Madison Square Garden Sports — which owns the Knicks, Rangers and the Garden — as the fifth most valuable sports empire at $7.84 billion.

And get this, the Warriors play in a building that just opened in the fall of 2019 that cost $1.4 billion.

No matter where the Knicks are playing, their fans show up to watch them lose. This past season they were eighth in average home attendance and seventh overall between home and away for a team that finished 37-45.

To understand how mind-blowing the hold MSG and has on people in NYC that like to waste their money, remember that the Knicks have only made the playoffs once in the last nine seasons — which led to one measly win — and haven’t won a title since Nixon was in office. But yet, for the last 12 seasons, the Knicks have had the most expensive tickets in the league despite putting a product on the floor that should come at a discount.

The Dolans, the family that owns the Knicks, have figured out that their fans will pay caviar prices for tilapia.

Since 2010-2011, the Knicks have lost an average of 45.6 games per season, and lost 548 regular-season games. During that time frame, they have also only made the playoffs four times, with only one series win to show for it. They have also gone through six head coaches and three…