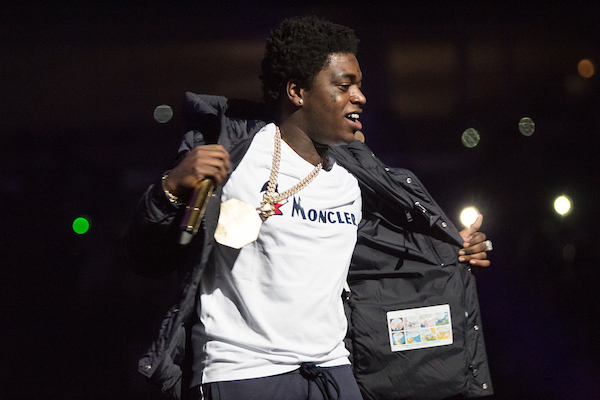 Earlier this year, Kendrick Lamar released his Mr. Morale & The Big Steppers album, which featured a ton of Kodak Black. Months later, in a conversation with Spotify’s RapCaviar, Black expresses his gratitude for Lamar, including him in the body of work.

“Me and Kendrick got a lot of little things in common that people won’t probably understand,” Kodak Black said. “Both of us, we Geminis. Both of us, we Hebrew Israelite. Me and him could talk and he understand me beyond than what the internet theories. It’s like he got a different perception of me and he ain’t cap. He say we going to do something, and we do it. You know, Kendrick from the streets for real, too. I fuck with that boy. I got a lot of love for him.”

Kodak added, “We could’ve just did the song and it never came out. But he went as far as having me speak on the intros, the interludes, and all this other stuff. Having me do a poem on there. He already know what my intellect go. So he like, ‘Man, I just want you to go in there and talk your shit.’ And he trust me, and I appreciate him for trusting me with his album, cause he ain’t got to do none of that.”

If you are looking for more Kodak Black collaborations, he and French Montana will soon recreate some of their “Lockjaw” magic.

In a new video on social media, Kodak Black gives the details.

There isn’t much more information around on the album, but when there’s smoke, there’s fire, especially from two high-volume producing artists like these. You can hear the announcement below.