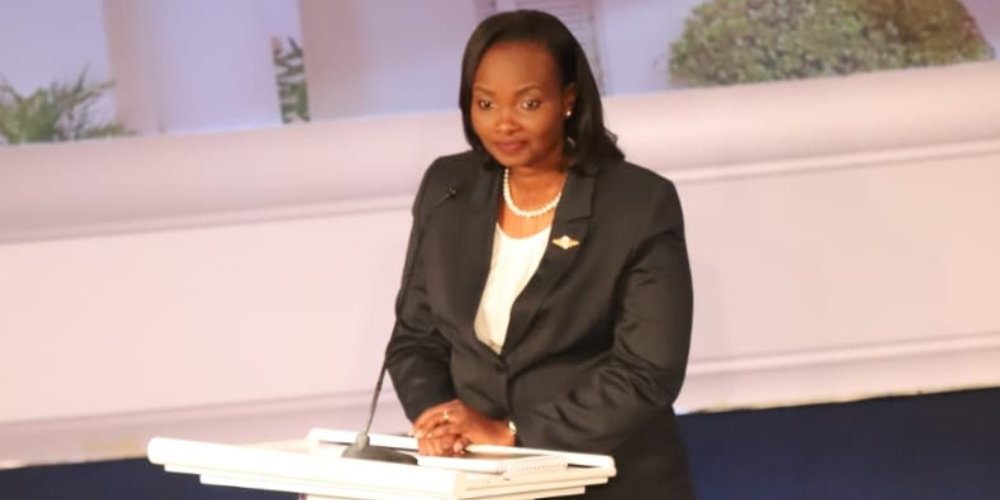 All eyes were on the four presidential running mates on Tuesday night as they took the Deputy Presidential Debate stage to each prove why they were best suited for the seat come August 9.

In typical fashion, Kenyans followed the debate with their most preferred accompaniment – social media, on which every word by the aspirants was dissected.

Take the case of Ms. Mucheru’s comments on hanging corrupt government officials, for instance. Whereas the Roots Party has promised to hang any public official found guilty of corruption in a bid to weed out graft should they get into power, the idea does not sit well with the Agano camp.

And so Ms. Mucheru took the stage to tear down the proposal.

“Agano Party, governance yetu sio ya kunyonga, lakini we’re able to deal with it,” she said, and already the audience could be heard laughing.

“I don’t even think kunyonga is in the constitution.” More laughter from the audience. “Day one [Roots Party] wanapreach kuvuta bangi, and the next wanapreach kunyonga watu.”

What Mucheru didn’t know is that, with Kenyans, no word should be taken at face value and even if ‘kunyonga’ might have meant ‘hanging’ in the context of the debate, it has a different meaning altogether in Kenyan streets.

Me & my naughty friends after hearing Ruth tell Zubeida ‘I don’t think KUNYONGA is in the Constitution!’?