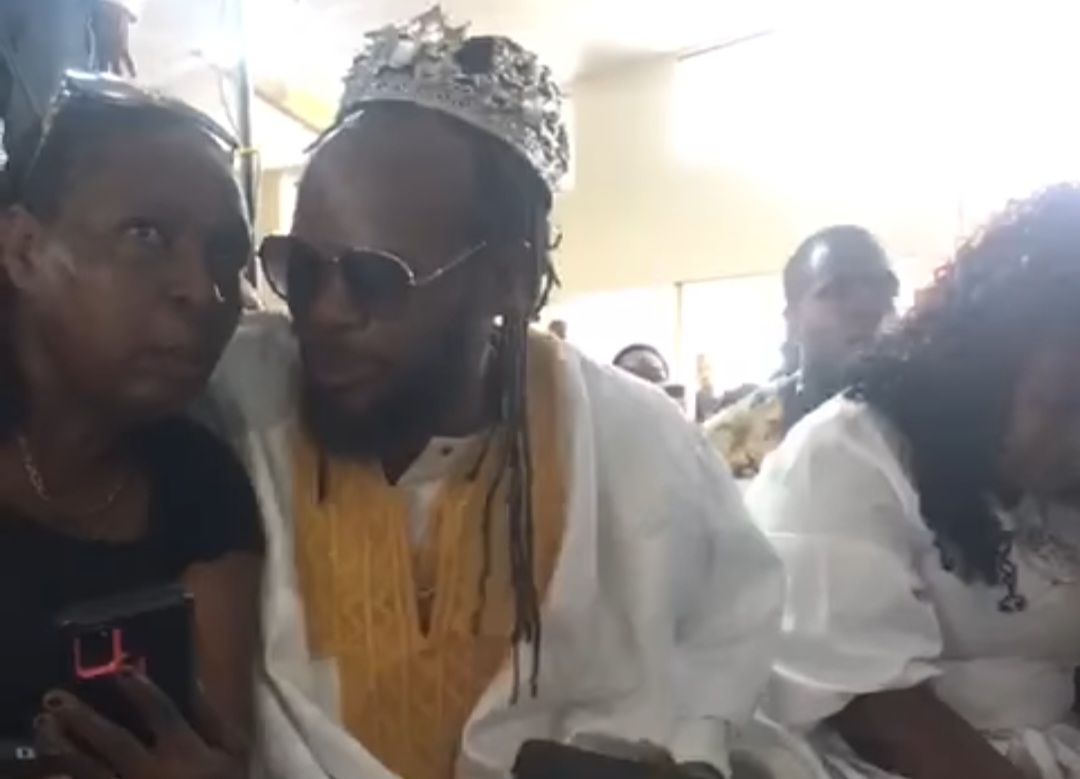 Controversial social media personality L.A Lewis attended the funeral of the slain Clarendon family and was seated beside Gwendolyn Wright, the mother of the deceased, Kemesha Wright, in an area specially reserved for relatives.

Scores of persons, as well as dignitaries such as Prime Minister (PM) Andrew Holness and Minister Olivia “Babsy” Grange attended the funeral to show support. According to Nationwide News, a request was allegedly made from both the PM and Minister to have L.A Lewis be removed from the seat.

In a video clip shared, L.A Lewis is dressed in white seated between two women and a man cladded in black could be seen bent while saying something to him. Soon after, L.A Lewis hugs one of the women and took a stand as if he is leaving the seat. The video then comes to an abrupt end.

Rushane Barnett, a 23-year-old cousin of the family was charged with the gruesome murders. He allegedly slashed the throats and stabbed to death the mother and her four children. The incident occurred in June 2022 in a community in Clarendon called Cocoa Piece.

He has since pled guilty to the charges and awaiting sentencing.