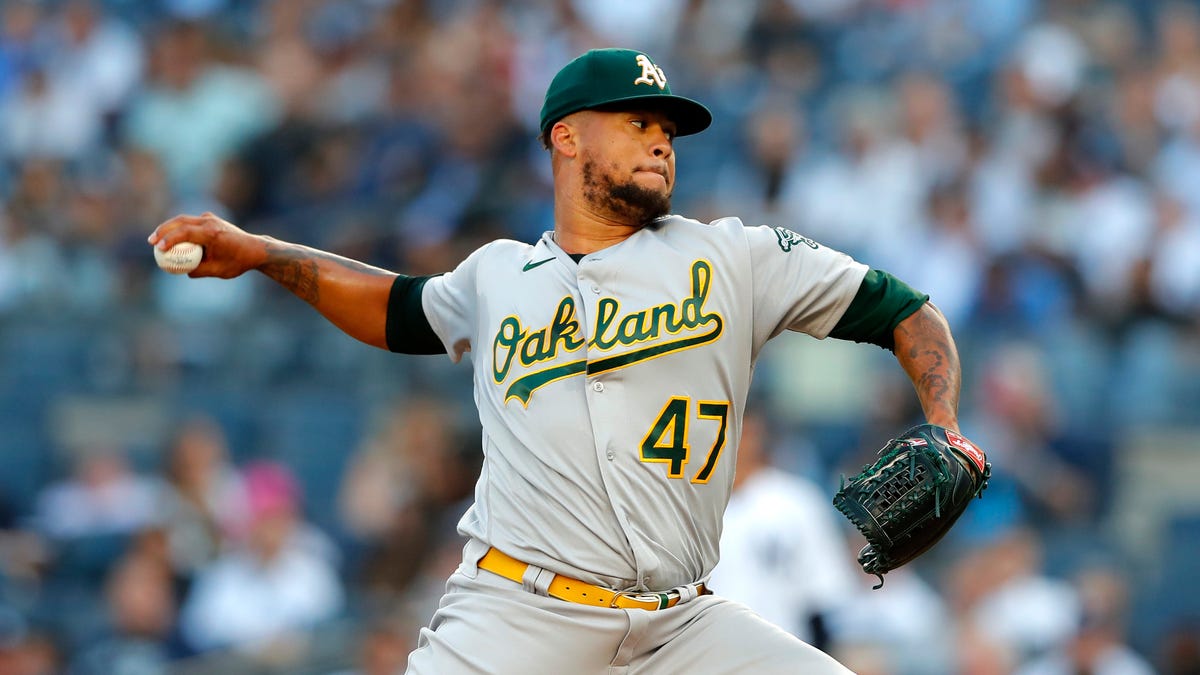 Frankie Montas is now a Bronx Bomber but doesn’t slot in as a No. 1Photo: AP

By the time you read this, the MLB trade deadline might have been set aflame. So far the only big name to pack his bags for a new home is Frankie Montas, who will be a Yankee the next time he puts on a hat for his job. He’ll fit in nicely as a No. 2 behind Gerrit Cole or No. 3 behind Nestor Cortes in the Yankee rotation as the Bronx outfit loads up for their ALCS with the Astros lineup, which is pretty much their focus now. Not that you can really prepare for a specific playoff series, or the playoffs as a whole, but there’s not much else the Yanks can do right now.

Other than that, mostly relievers were swapped around like Josh Hader, Will Smith, or Scott Effross amongst others. There were some exclamation points and mouths agape when Hader’s name came across the feeds as being dealt, but this is the deal for teams that are well run, which the Brewers happen to be one of. Hader has been just about as dominant out of the pen as you can be since he came up, but is in that dread zone for clubs where he’s a season plus two months from free agency. And teams like the Brewers, who at least claim to be slightly hamstrung cash-wise, don’t spend a large portion of their budget on relievers, because they will almost always produce another one or find one. They already produced Devin Williams, who is striking out 40 percent of the hitters he sees. Over just two months of a season, there’s hardly a difference between Hader and Taylor Rogers, as both might throw 20 more innings. Whatever the Brewers get out of the other three pieces they got will determine how much of a win it was for them in the first place.

Teams with dreams of long Octobers load up on relievers for the slog that games turn into in the playoffs when they’re lucky to get four innings out of a starter. And then most are discarded as the whole process starts over again. This makes one wonder how these faceless and completely disposable parts of a baseball team have become so protected. A 13-pitcher limit on rosters is still really high. Position players pitching in…