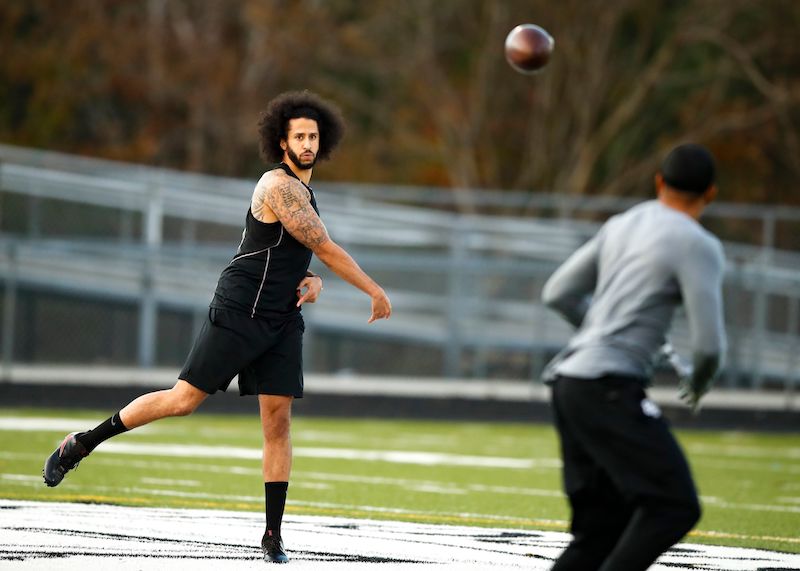 Colin Kaepernick worked out for the Las Vegas Raiders for over five hours on Thursday with no official deal to report. While reports say the workout was a positive one,  Raiders head coach Josh McDaniels declined to comment to reporters on Kaepernick’s movement, stating that he does not discuss players not currently on the roster.

“Just by standard procedure, we will only talk about the people that are on our team,” McDaniels said. “[General manager] Dave [Ziegler] and his staff have worked out tons of guys this spring, and we really don’t make comments about the evaluations that we’ve made; or what they look like, what they didn’t look like.

“They’re kind of private for us as we look at things to try to make decisions to make the team better.”

Kaepernick hasn’t been an NFL starting quarterback since 2016. Since then, the only other team known to have brought him in for a visit was the Seattle Seahawks in May 2017. If Kaepernick is serious about an NFL comeback, he will have to continue to show out and prove at 34 years old, that he still got the skills to be on an NFL roster.