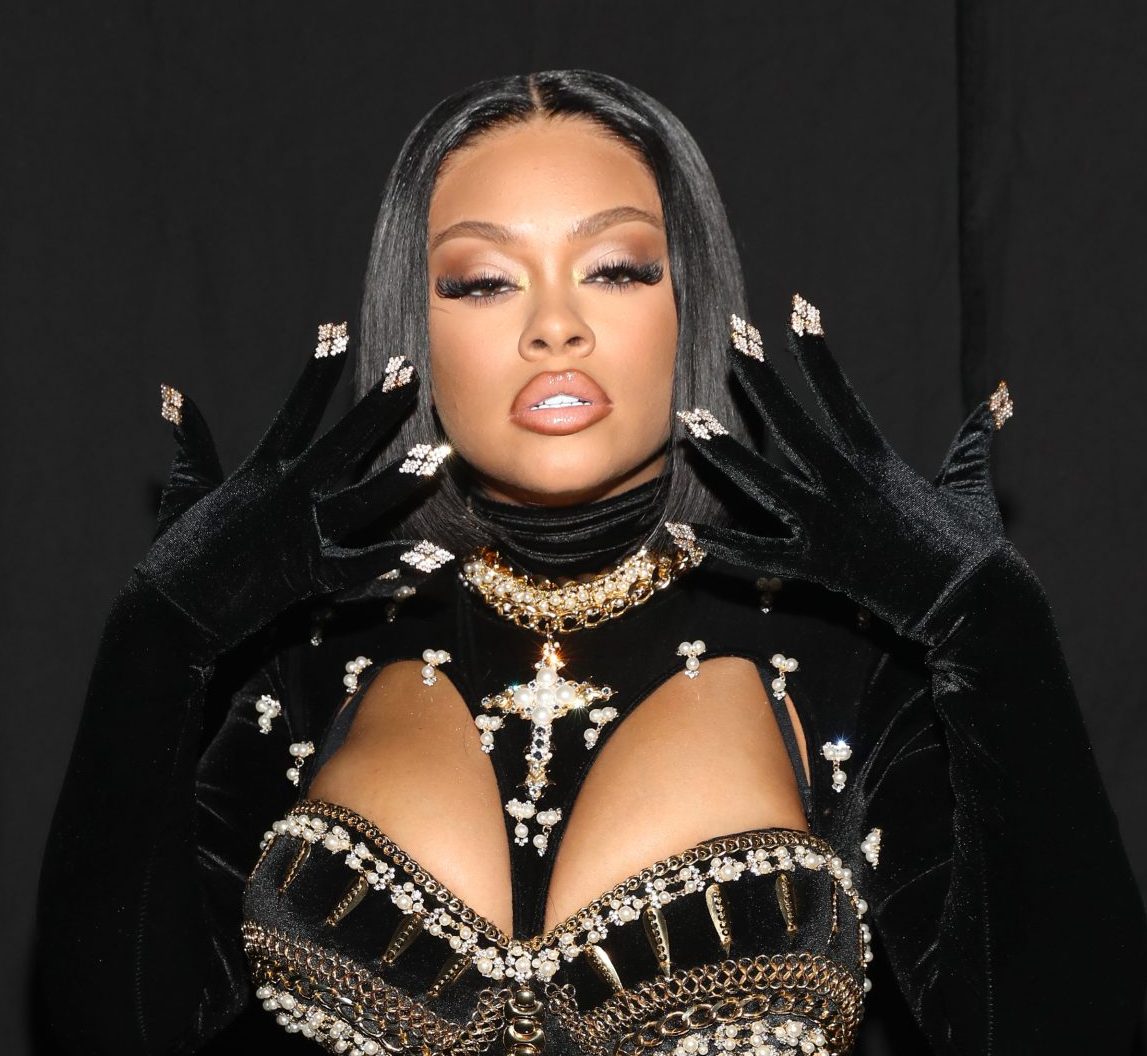 Latto Addresses The Overturn Of Roe v. Wade In Her New Single

“My ovaries ain’t for you to bully!!!!” Women continue to speak out about the Supreme Court’s decision to overturn Roe v. Wade, including Latto! The ‘777’ rapper has been teasing her upcoming record, ‘Pu**y,’ which focuses on empowering women. As her fans have been excited about the release, we decided to hook ya’ll up with this exclusive music video clip.

The “biggest” raps effortlessly while surrounded by many cats, tying it back into the name of the single. The Roommates applauded the Atlanta rapper for using her platform to talk about women’s rights, which is a different tune from the folks on Twitter. On Wednesday, Latto clapped back at folks saying she was trying to use the song to profit amidst the historical overturn.

It all started when Latto tweeted the lyrics to the song with a video teaser of the track showing women protesting. One person replied, “Using serious issues to promote your song is wild.” Latto quickly replied, “Orrrr, I took my frustrations to the booth like a RAPPER & used my platform to spread awareness.”

Another person tweeted, “The point is you’re using it to profit. A real woman would use their power to change something, not to chart on the bubbling under.”

Latto called cap, letting the user know they were loud and wrong. She made sure to advise them that she plans to donate proceeds. Not finished yet, she touched on the backlash, saying that she’s using her power (platform) to make a change regardless and for the user to “shut yo fake woke a*s up.”