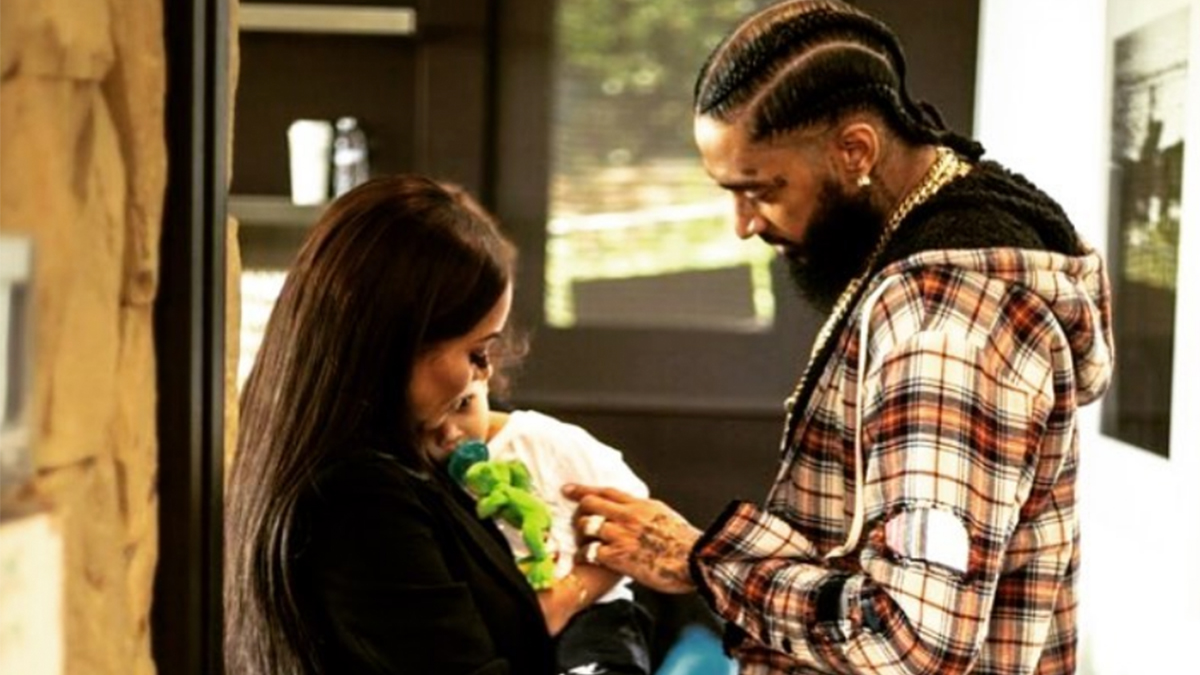 Lauren London sat down for another rare interview on the Angie Martinez “IRL” podcast, where she discussed death etiquette and losing her longtime partner, Nipsey Hussle. The artist born Ermias Joseph Asghedom was shot and killed on March 31, 2019, outside of his store The Marathon Clothing in Los Angeles. London gave a heartfelt speech about the Grammy-nominated rapper she loved to thousands at his memorial service at The Staples Center on April 11 of that year.

Reflecting on that day, she told Martinez, “I just felt like it was surreal. … I can honestly say God was carrying me through that. That wasn’t me, that was all God. ’Cause there was no way.”

The actress said she struggled with getting dressed that day and even considered wearing “sweats.” However, a certain music mogul Sean “Diddy” Combs pulled her to the side and encouraged her to “show up” for herself and others.

“Puff pulled me aside and was like, ‘Look, Boog, you have showed everybody what it looks like to hold a man down and to love him. Now show them what it looks like when it all crumbles. That’s your responsibility,’” London revealed. “I hope he doesn’t mind me sharing that.”

Most of Nipsey’s memorial service is still a blur for the 37-year-old, which she blames on having “grief brain,” similar to pregnancy brain. She said, “I don’t know how I stood on two feet. I was just there. I was floating through it. I don’t remember half of it.”

After the funeral and memorial service, she began to realize the unknown solo path she had to take in order to heal, considering herself and her children.

“I was like, ‘Oh s–t, you in this. It’s like it’s a tunnel, baby, and you gotta go through it,’” she explained. “It’s no turning back around, because its nothing back there. And all you see is pitch black ahead? You don’t know how long this tunnel is and ain’t nobody else in it with you. You hear…