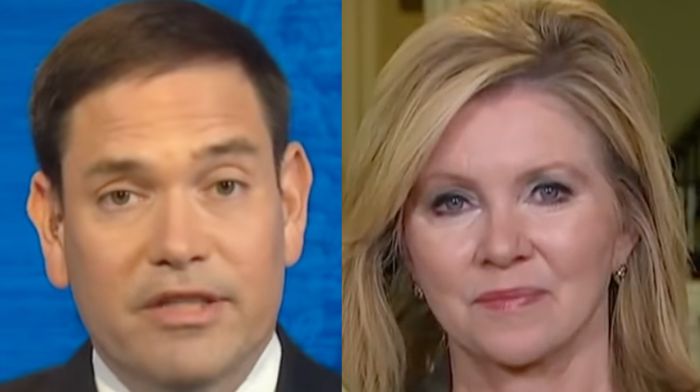 Sen. Marco Rubio, R-Fla., introduced the Turn Off the Tap Act along with Sen. Marsha Blackburn, R-Tenn., and Sen. Rick Scott, R-Fla. The bill would stop any federal funds from going to companies that have been blacklisted by the Department of Commerce’s Entity List and the Non-SDN Chinese Military-Industrial Complex Companies List.

“It’s not only dangerous to fund Chinese businesses with American taxpayer dollars, but it’s also dumb,” Rubio said. “This bill would prohibit federal funds from bankrolling Chinese and other firms we know are not acting in our best interest.”

Lawmakers also argued China is taking advantage of the U.S. while not addressing its human rights violations.

“We know Communist China will stop at nothing to try and exploit American markets and take advantage of American businesses operating within the genocidal regime’s borders,” Scott said. “The Turn Off the Tap Act will stop the flow of hardworking Americans’ dollars to countries like Communist China who want to hurt our economy. This legislation is a no-brainer, and I urge the support of my colleagues for its quick passage.”

The federal funding goes to these companies via federal grants or contracts which, aside from the national security concerns, threatens American businesses since Chinese companies have a history of predatory investment and stealing U.S. intellectual property.

“It is unconscionable that the Biden administration has enabled the Chinese Communist Party to rake in cash from American taxpayers,” Blackburn said. “Rather than letting Joe Biden award grants or sign federal contracts that undermine the United States, I am cosponsoring legislation to cut our…