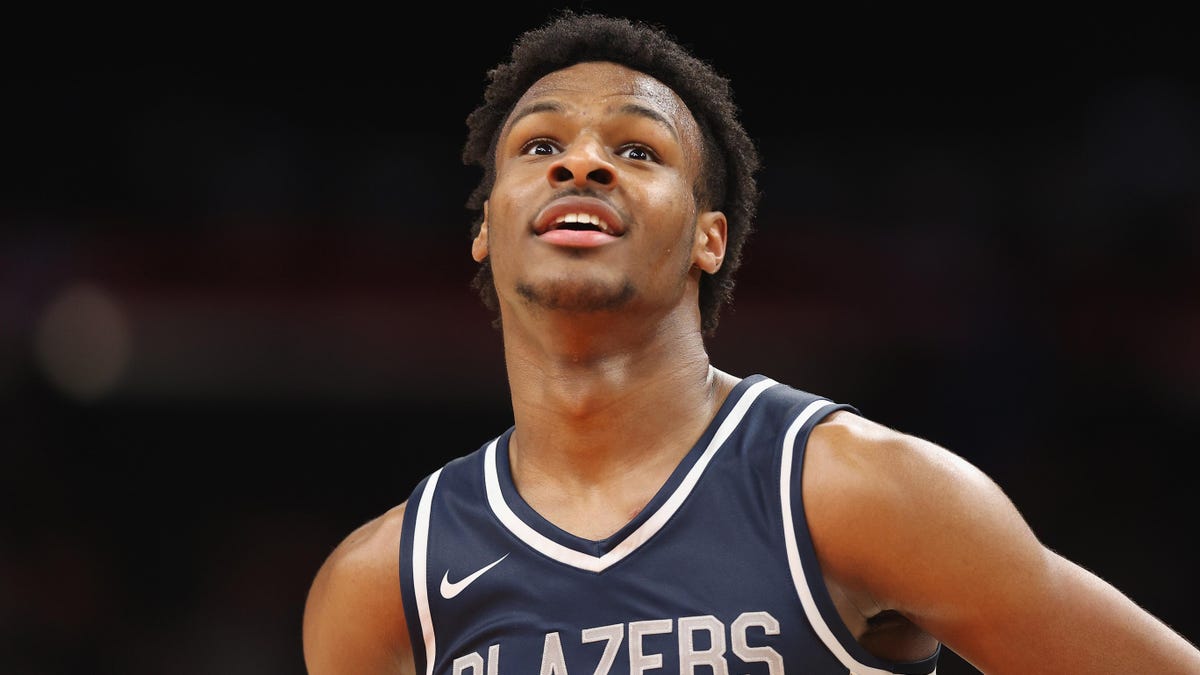 The road to the NBA just got a little tougher for Bronny James. In the latest Rivals high school player rankings, James slid more than 30 spots down the list, from No. 29 to No. 60. Ranking in the top 60 players in the nation isn’t bad, but such a drop-off in four months isn’t a good look by any means.

According to Rivals.com, James is receiving some interest from several big-name schools. Kansas, Kentucky, and North Carolina are among a few to show “medium” interest in James as a prospective student-athlete. Duke and UCLA are also listed as having shown medium interest in junior, but only North Carolina Central has made an offer to James at this point.

As the 60th best player in the country, it’s hard to see Bronny landing at one of the blue blood schools listed above. James’ best chance of landing with one of these top programs feels like UCLA. And that’s more because of proximity and his dad having some pull around Los Angeles.

Unless Bronny can make some miraculous leap back up the ranks, it seems like he may end up at a smaller program. Plenty of non-blueblood programs will be interested in James based on name recognition alone. If he develops into a great college player, that would be a bonus.

James & James in the NBA

We’ve heard talk about the potential of Bronny and LeBron James playing alongside one another for an NBA franchise. The way LeBron is still playing makes it a real possibility. But the best chance of this coming to fruition is for Bronny to become a one-and-done college player or play for the G-League Ignite team and play well enough to be drafted after one year.

Ranking No. 60 heading into his senior year of high school makes the path that much harder for Bronny. As a four-star recruit, it isn’t an impossible task ahead for Bronny to become a one-and-done caliber player, but from his position in the top 100 rankings, it feels unlikely.

Many things could change, and this time next year, we could be talking about Bronny as one of the hottest incoming freshmen from…