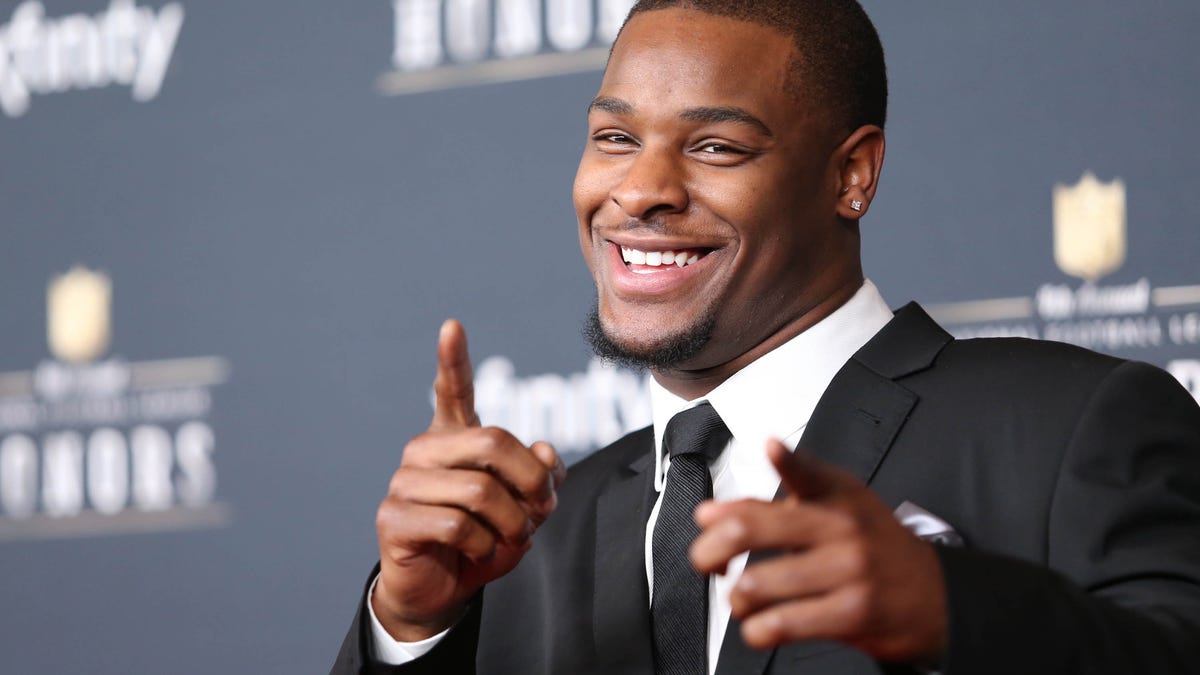 Coming out for the Bell.Image: AP

Veteran NFL running back Le’Veon Bell recently announced his intention to skip the 2022 season to focus on his boxing career. Bell will make his ring debut on July 30 against Adrian Peterson in a battle of the backs. You have to wonder about Bell’s decision to forgo this NFL season. Is it because he’s focused on boxing, or has the phone just stopped ringing?

While Le’Veon hasn’t officially announced his retirement from football, it sure sounds like he’s all in on boxing. Bell spoke about his transition to the squared circle during a press conference to promote his bout with Peterson.

“It’s definitely been a grind. It’s been a challenge I’ve been willing to accept, something I took on,” he said. “Boxing is something that they always say it’s something you can’t play boxing. Last year, I almost sat out the whole year to try to focus on boxing because I kind of knew that was what I wanted to transition to.

“This year, I know I’m not going to be playing this year because I want to focus on boxing. So this transition for me has kind of been like another opportunity for me. I’m just ready to showcase what I’m about.”

WiFi everywhere
Capable of 4804 Mbps 5 GHz connections, covers a far larger range thanks to the eight high-gain antennas, uses WPA3 for improved encryption and security, and can actually be upgraded further with certain routers to create a mesh network for even better coverage.

Boxing is a grind, as Bell states, but a different one from that on the gridiron. In football, you have support on the field and are reliant on others to be successful. Most running backs need at least a decent offensive line to be considered one of the best in the sport. Unless you’re Barry Sanders, you’re relying on multiple other pieces falling into place to reach greatness.

Le’Veon also spoke with TMZ Sports about the fight, and his decision to not play football this season. Bell talks about getting offers from teams last year and this year in the offseason. It feels like he’s leaving…