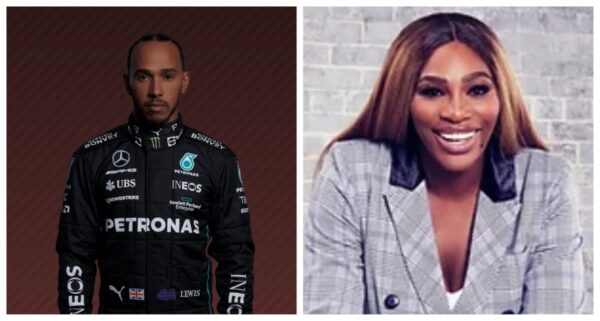 English professional soccer team Chelsea Football Club, based in London, is up for grabs. Two of the bidders are Formula 1 racing driver Lewis Hamilton and tennis great Serena Williams. They have reportedly joined a bid in which they each will invest about 10 million pounds (or $13.1 million), Bloomberg reported.

The sports stars will participate in a bid for the Premier League that is being led by former British Airways chairman Martin Broughton, Centaurus Capital L.P. founder John Arnold and among others.

Bids for Chelsea began after the team’s owner, Russian oligarch Roman Abramovich, was being sanctioned by the government and announced he was selling off the club.

“We can confirm Lewis has joined Sir Martin Broughton’s bid,” a spokesperson for Hamilton told The Guardian. The 37-year-old Mercedes driver aims to “have a positive effect on diversity and inclusion at Chelsea and in the club’s local community.”

Sir Lewis Hamilton, who was knighted by Queen Elizabeth in 2009, has an estimated net worth of $285. In addition to his racing career, the seven-time Formula 1 champion, 37, has a number of investments.

He’s invested in various tech startups, owns a chain of vegan restaurants, and has a property portfolio that spans London, Monte Carlo and a number of U.S. locations, the Mirror reported.

As for Williams, 40, she has invested in other sports teams. She is an investor in Los Angeles’ Angel City F.C., which will make its debut in the National Women’s Soccer League in late April. She also has invested money into more than 60 businesses through her Serena Ventures investment group. The 23-time grand slam winner has an estimated net worth of $250 million.