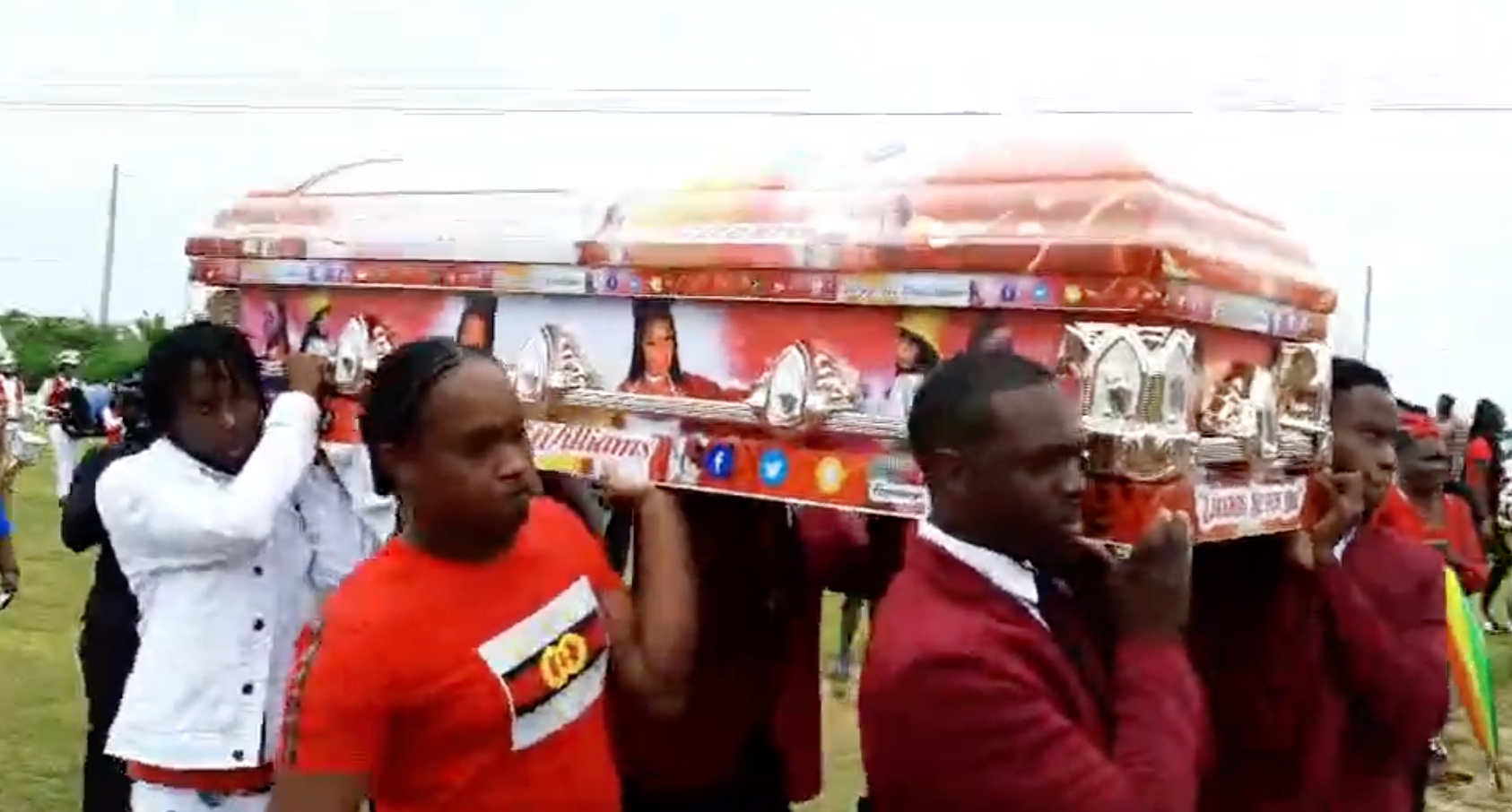 Lexi DBess Gets Laid To Rest In Royal Style – YARDHYPE

Sunday, May 15 marks a very sad day for the loved ones of Social media influencer and comedian Lexian Williams also known as Lexi DBess as she was finally laid to rest. Lexian passed away as a result of a car accident in March of 2022, on the Spring Hill, Trelawny faction of the North Coast Highway while said to have been on the way to an event by the name of Cook Out Vibes that was being held in the square of Rio Bueno.

The funeral was a very live one since there was a marching band present alongside many people in grief for their loved one. The location of the funeral service was at Duncans cemetery in Trelawny and it was as if there was a Royal burial being kept as the band was organised in two rows playing music and welcoming the hearse with the casket.

Present at the funeral was comedian Swiss Lee, who was a member of the 876 Roommates competition which Lexi DBess also took part in, and he ensured that he helped to lighten the hearts of the grieving attendees at the ceremony with a joke which caused them to break out in laughter.