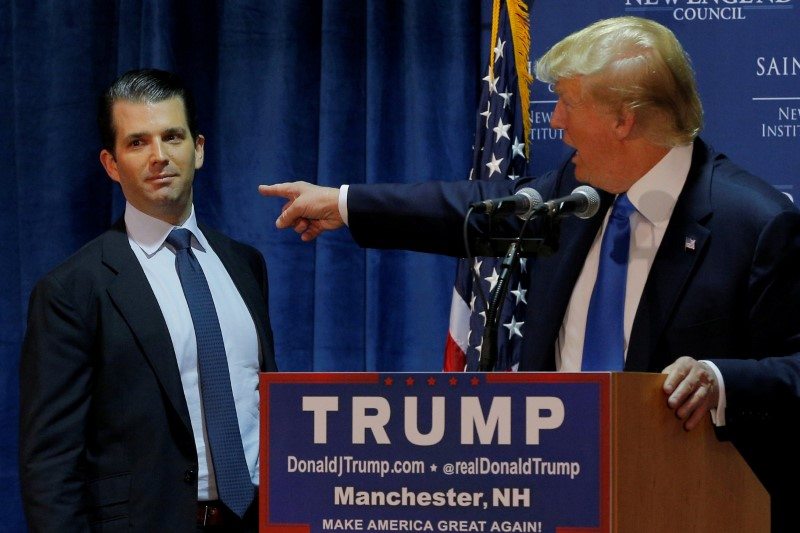 Like A Dad Who Can’t Figure Out The TV Remote, Trump Brings Don Jr. To Fix Truth Social

Donald Trump thinks Google is out to get him and has brought in his son Don Jr. to fix Truth Social.

“He keeps hearing about how Google and YouTube have it out for him … including on Truth Social, and I think he’s taking [it] seriously,” says one source who’s discussed the topic with the twice-impeached former president.

Things got bad enough that in recent weeks, the former president’s eldest son, Donald Trump Jr., was called in to take a lead role focused on trying to “fix” what was wrong with the company and the app performance, according to two people familiar with the situation. One of these sources frankly referred to what Trump Jr. was doing as an emergency “rescue mission.”

Donald Trump doesn’t own a computer. He is not on the Internet, so putting this guy in charge of a new social media company was a disaster waiting to happen. All of those investors (suckers) who put their money into Truth Social should be getting worried right now.

The person who should be really worried is Devin Nunes. It looks like he was set up to take the fall for the moment when Truth Social imploded, and the fact that Trump turned to Don Jr. to fix this is a bad sign for Nunes.

Truth Social was always going to be a disaster with a high possibility for epic failure. The fact that Trump is blaming a Google conspiracy is nothing new. When Trump fails, it is always someone else’s fault, or somebody is about to get him.

Trump is treating Truth Social like a TV remote that he can’t get to work, and he has called his son in to fix it.