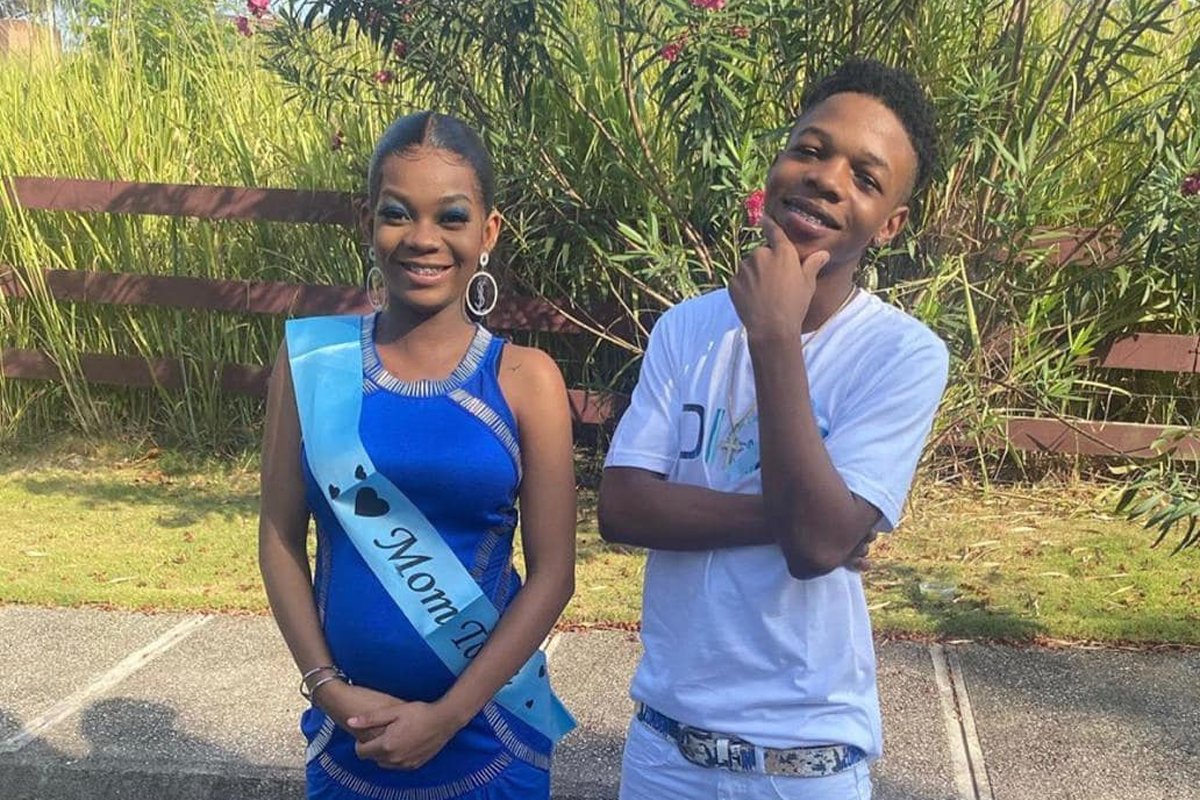 In a video circulating the media, Likkle Addi’s ex-girlfriend apparently went live some time ago to address the bombshell, before it was dropped recently during an interview on ‘The Fix’.

Days ago, Likkle Addi disclosed that the son that he was believed to have fathered in 2020 at the age of 15 years, was confirmed not to be his. Without giving much information on the matter, when asked about fatherhood by the host, he stated that, “Mi cya ansa dat question, I’m not a father, so me cya ansa dat question.”

Likkle Addi and Ex-Babymother at babyshower back in 2020

Since then, a video has been making rounds in the media showing the baby mother with her son, seemingly in a cheerful mood as if to convey to the public that both of them are doing fine without Likkle Addi being in their lives.

In the video posted, the young female was heard saying to her child, “We dont give a fuck about them right? Yuh arite dont? See how life nice?”.

Further to that, another video is circulating that shows her on Instagram Live which ended abruptly after viewers started attacking her about the recent saga. Before she ended the video, she said to the viewers, “You bitches be on some crazy ass shit, y’all niggas be dumb and mad in people business for what?”.

Even after this revelation to the public, in her Instagram bio, the baby’s name is listed as ‘Akheel Palmer’, which is Likkle Addi’s last name. Besides, her loyalty to the Gazanation despite everything still stands as the hashtag #GAZA 4 3ver can also be seen in the bio.

Watch her live below.

RELATED: Kartel’s Son, Likkle Addi Asked about being a Father at 15yo plus his Musical Career – Video