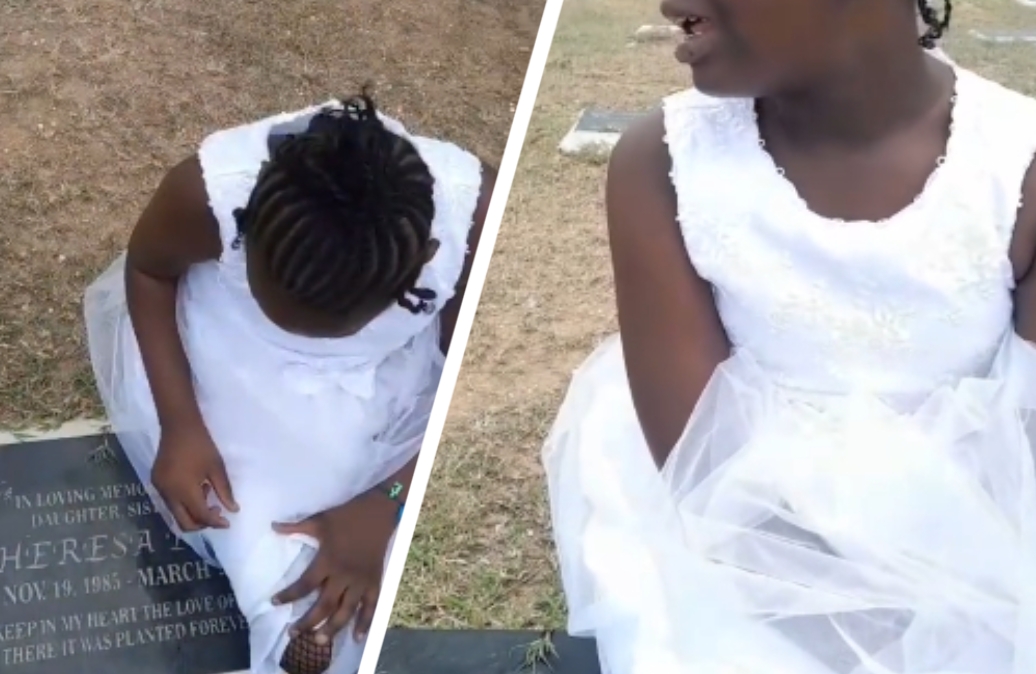 A child, whose pain was seemingly present in her voice, reported the alleged abuse she had been suffering at home to her deceased mother whilst sitting on the headstone of her grave.

Yesterday, a video of a child went viral on TikTok, with numerous viewers crying out for the child’s protection. While several parts of this little girl’s story are not yet clear, it is certain that the child who was videoed sitting on her mother’s grave is struggling with a particular relative whom she calls Aunty Brown.

The little girl disclosed to her mother that she desperately needed help because there were people who were trying to “kill” her.

She detailed that Aunty Brown, who was constantly lying to her father, abused her on several occasions by hitting her in the head, but her father refused to believe her. “Mi tell daddy seh she tump mi inna mi head, and daddy seh nothing nuh go so, and she a use di comb and a chop me inna mi head, so please talk to Aunty Brown and Daddy,” she begged her late mother.

Mistreated by her aunt, the little girl said she hated the woman, who she believed did everything to generate that hate.

When the individual behind the camera asked the little girl about being beaten with a stick, the child responded by saying Aunty Brown had hit her with one. While she mentioned that her father told the woman she “love lick too much”, he still did nothing else about the issue. The child said her father only told her that there was nothing wrong with Aunty Brown beating her.

Apparently, there were other people at the home who lied that she was misbehaving, which ultimately gets her in trouble with the aunt. One of the individuals, whom she identified as Shanoy, was said to be constantly hitting her in the head, causing her to get headaches.

As she begged her dead mother for help, She hoped her mother’s spirit would visit all those who were abusing her. The individual behind the camera subsequently stated that she would report the matter to the police and go to the house.