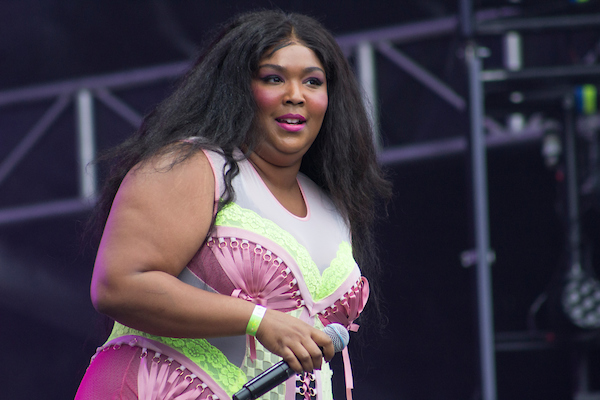 Lizzo faced backlash for her new song “GRRRLS.” Immediately upon releasing the song last week, disability advocates urged her via social media that she was using an “ableist slur.”

The “Tempo” singer is being accused of using an offensive term for someone with cerebral palsy. In the original version, the 31-year-old chants “Hold my bag bi**h. Hold my bag. Do you see this sh*t? I’ma spazz.”

According to The Cambridge Dictionary, “spaz” is “an offensive way of saying ‘a stupid person.’”

Also adding the word is “(short for ‘spastic’) an offensive way of referring to someone who has cerebral palsy (a condition of the body that makes it difficult to control the muscles).”

Lizzo addressed the misstep and issued an apology on Twitter announcing the release of a new version of “GRRRLS” with a lyric change.

“It’s been brought to my attention that there is a harmful word in my new song ‘GRRRLS’. Let me make one thing clear: I never want to promote derogatory language,” Lizzo penned. “As an influential artist I’m dedicated to being part of the change I’ve been waiting to see in the world. Xoxo, Lizzo.”

“GRRRLS” is the Houston natives second pre-release single ahead of her upcoming album Special.  That project is due out July 15.  Lizzo also kicks off a North American tour starting in September.

The lyrics have been updated, “Hold my bag, bi**h, hold my bag. Do you see this sh*t? Hold me back.”

Take a listen to the new version below.