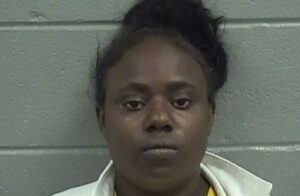 A security guard who was working at the Lollapalooza Festival in Chicago last weekend has been arrested for texting in a fake mass shooting threat so she could leave work early.

According to Book Club Chicago, 18-year-old security guard Janya Williams allegedly sent her immediate supervisor an anonymous text message that stated a mass shooting was going to take place later that day at Lollapalooza. She has been arrested and charged with making a false terrorist threat.

The incident took place last Friday on the second day of Lollapalooza at Grant Park in Chicago. Williams showed her supervisor the text message that was sent via TextNow that read, “Mass shooting at 4 [p.m.] location Lollapalooza. We have 150 targets.” After being told of the “threat,” the supervisor quickly reached out to their supervisors, and then the Chicago police were called, who then notified the FBI’s Joint Counterterrorism Task Force.

Williams also allegedly told her supervisor that her sister also informed her about the mass shooting on a Facebook page. In court documents, prosecutors stated that Williams was asked to show a screenshot of the post. She then went to the social media site and created a Facebook page under the name “Ben Scott.” From there, she produced a post that read “Massive shooting at Lollapalooza GrantPark 6:00 p.m.” She proceeded to take a screenshot of the unpublished post and sent the picture to her supervisor.

“The Emergency Disclosure Request returned an Apple iCloud account and an IP address, the information revealed the account belonged to the [defendant],” it stated in court documents.

The security guard was brought in for questioning and she confessed to sending the fake threat and also admitted to creating the fake post so she would be able to leave work early.

Her bond has been set at $50,000, with the stipulation that if she is bonded out, she has to wear electronic monitoring. She is scheduled to appear in court next week on Aug. 8.