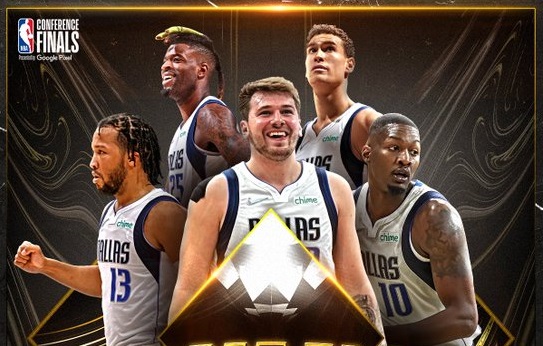 Luka Doncic and the Dallas Mavericks demolished and embarrassed the Phoenix Suns in game 7 to advance to the Western Conference Finals.

The top-seeded Suns had the best regular-season record and were early favorites for the 2022 NBA championship. Unfortunately, they didn’t look that dominant during game 7.

Doncic led all scorers with 33 points to go with 11 rebounds and eight assists. Reggie Bullock and Jalen Brunson helped the Mavs cause, combining for 37 points.

The Suns, who were coming off a 30-point victory in Game 5, struggled again on the road. Chris Paul had only 13 points on seven field-goal attempts. Devin Booker scored 19 but missed all four of his 3-pointers.

Doncic and the Mavericks will now turn their attention to the Golden State Warriors, looking to return to the NBA Finals for the first time in two seasons. The Mavericks could provide a matchup nightmare for the Warriors as Doncic will give the Dubs all kinds of problems.