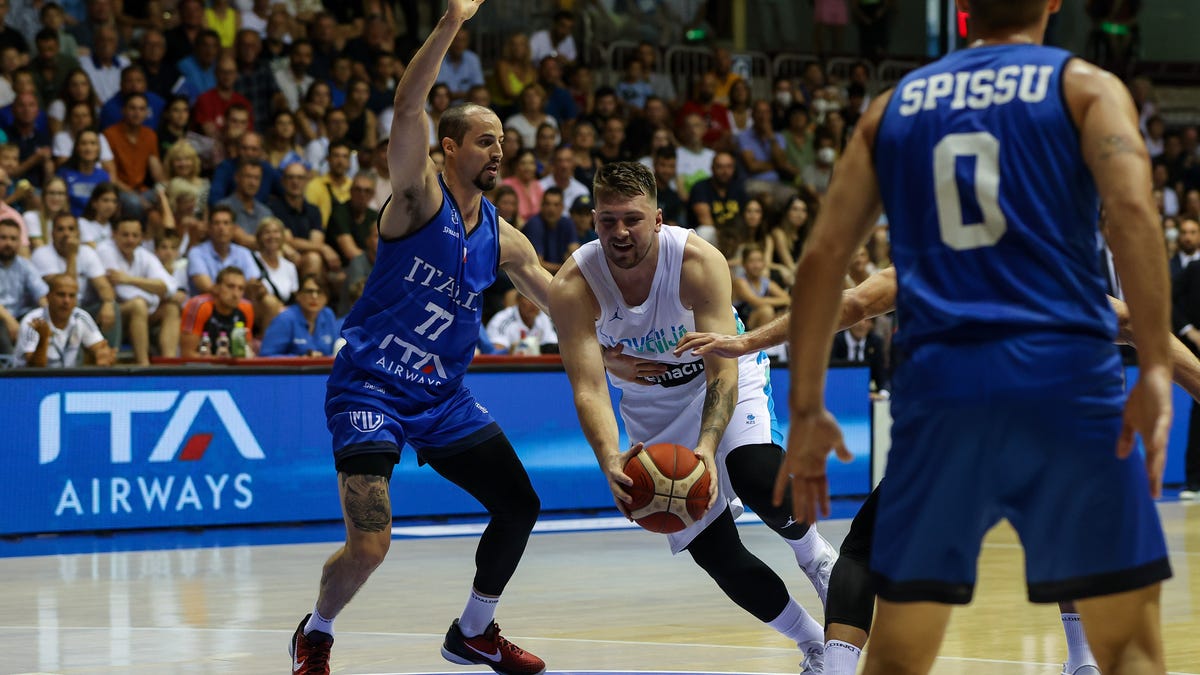 One month after his Dallas Mavericks were eliminated by the Golden State Warriors in the Western Conference Finals, Luka Don?i? has not yet taken a day off. He is playing for the Slovenian national team, and he does not look like the same person who scored 28 points in that elimination game on May 26.

Slovenia played a friendly against Italy on Saturday. Don?i? tallied 12 points, five assists, and seven rebounds in a 90-71 victory. He made many effortless highlights, but his performance was not the story of this game. The story is a picture in which Don?i? looks like his diet has consisted of nothing but pure protein and he hasn’t stopped lifting weights for the last 30 days.

There are two major concerns with Don?i?’s game. They are his defense and his offseason conditioning. Slovenia lost the bronze medal game in the Olympics on August 7, 2021, and Don?i? still showed up to Mavericks training camp in late September out of shape. It took him about a month of regular season play to get into NBA basketball shape, and he even admitted in December that he needed to do better.

That picture of him on Saturday looks like he’s had the most successful month of offseason conditioning in the history of professional sports. However, that picture belongs in a promotional packet for a movie release. The light is hitting him perfectly as he heads to the bench after a stint on the court. If I worked in the Mavericks ticket office, that picture would be on everything I send out on all renewal information for season ticket holders, and in all of the emails I send to people who purchased single-game tickets to try and get them to buy larger packages.

While Don?i? is clearly in better shape, he has not had enough time to make a Nikola Joki?-level slim down and add muscle definition. In other offseason pictures his face looks smaller and his arms are certainly more toned. He is much leaner than he was during the NBA season, but he’s not built like Peloton instructor instructor just yet.

However, not only is he leaner than he was during the season, as Slovenia gets ready for…